The BCCI expects that this time it can get 45 to 50 thousand crores from the auction of media rights. After the auction of the third and fourth packages, the board's earnings are sure to be in this range. 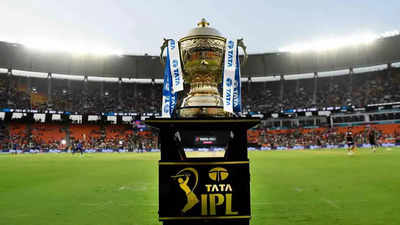 The second day of the auction of media rights for the next five seasons (2023 to 2027) of the Indian Premier League (IPL) has ended. So far, the process of auctioning TV and digital rights for the Indian subcontinent has been completed. The rights of these two categories have been sold for Rs 44,075 crore. Two more categories are yet to be auctioned and their process will be completed on Tuesday. By the time the bidding process stopped at 6 pm on Monday, the total amount has crossed Rs 46 thousand crores.

According to media reports, Star has bought the TV rights of the Indian subcontinent for Rs 23,575 crore, and Reliance's company Viacom 18 has bought the digital rights for Rs 20,500 crore. That is, Star India will give Rs 57.5 crores for a match to be broadcast on TV. At the same time, Viacom will pay Rs 50 crore per match for broadcast on 18 digital platforms.

BCCI has not announced the names of the winning companies. Last time Star bought both TV and digital rights for Rs 16,348 crore. This time there has been an increase of more than two and a half times.

BCCI will get at least Rs 107.5 crore for a match of IPL. In this way, according to the broadcast rights of a match, IPL has now become the second most expensive league in the world. IPL has beaten EPL (Rs 86 crore per match). Now only the National Football League (NFL) of America has got more money than this. NFL gets Rs 133 crore for broadcast rights of every match.