The businessman sparked the rumors by sharing a series of photos on Thursday in which he tells the actress his "better half." 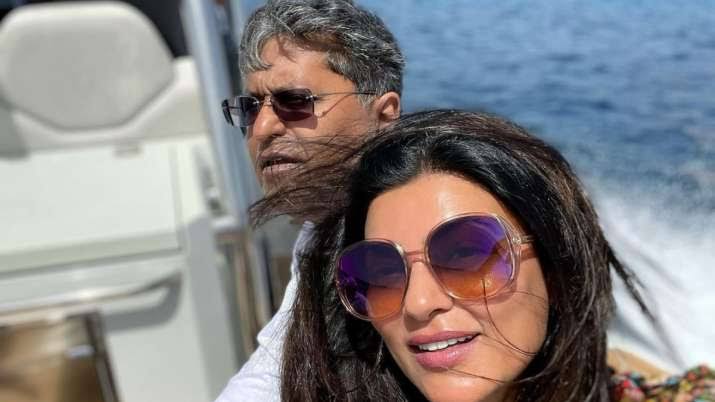 Indian Premier League (IPL) founder and fugitive Indian businessman Lalit Modi on Thursday announced that he is dating Bollywood actress and former Miss Universe Sushmita Sen.The businessman sparked the rumors by sharing a series of photos on Thursday in which he tells the actress his "better half."

It is believed that Lalit Modi has got engaged to Sushmita Sen. In the pictures shared by Lalit Modi, Sushmita Sen is seen wearing an engagement ring. Former IPL commissioner Lalit Modi had earlier written about marriage by sharing some pictures with Sushmita. Later tweeted, 'For the sake of clarity, let me tell you that both of us are dating each other. Not yet married. Just dating each other. That too it will happen one day.

Confirming the relationship with Sushmita Sen, Lalit Modi tweeted and wrote that, I have just returned to London after a global tour of Maldives and Sardinia with family. How can I have a better half without mentioning Sushmita Sen - a new beginning, a new life after all. I am on the moon. This is the second marriage of Lalit Modi. Sushmita Sen has also shared this good news on her social media account.