IPL 2020: SRH to take on DC in Qualifier 2 after eliminating RCB by six wickets 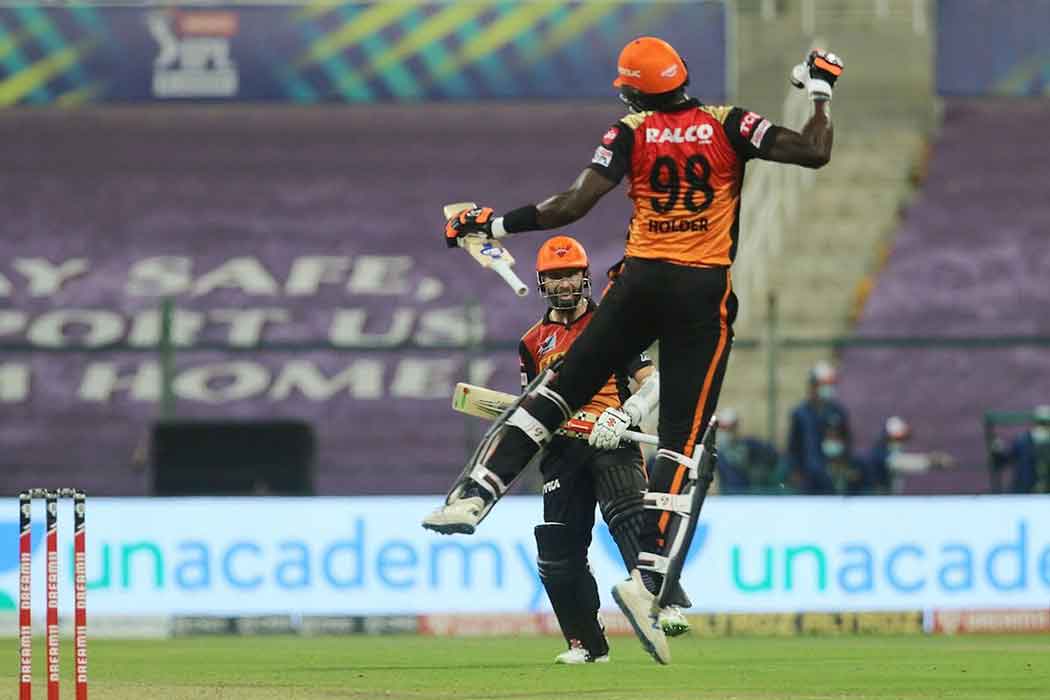 Needing 132 runs to win, SRH lost their first wicket in the first over after Shreevats Goswami got out for 0 off Mohammed Siraj’s bowling.

After Warner got out, RCB squeezed the flow of runs in the next three overs, conceding just 8 runs and got the wicket of Manish Pandey. Yuzvendra Chahal, bowling the 12th over, then dismissed Priyam Garg to put SRH in a spot of bother.

Jason Holder joined Kane Williamson in the middle as SRH needed some stability and quick runs without losing any wickets.

The Williamson-Holder duo completed a fifty-run stand, scoring nine runs off the penultimate over. With 8 needed off the last four deliveries, Holder kept calm and creamed two successive fours as SRH sealed a six-wicket win with two balls to spare.

Earlier, while batting first RCB lost Virat Kohli anf Devdutt Padikkal by the second over. Shahbaz Nadeem dismissed Finch for 32 and Rashid Khan got Moeen Ali run out with a direct hit.