Kings XI Punjab (KXIP) registered their fifth win on the bounce after they beat Kolkata Knight Riders (KKR) by eight wickets in Match 46 of the Dream11 Indian Premier League (IPL) 2020 in Sharjah on October 26. 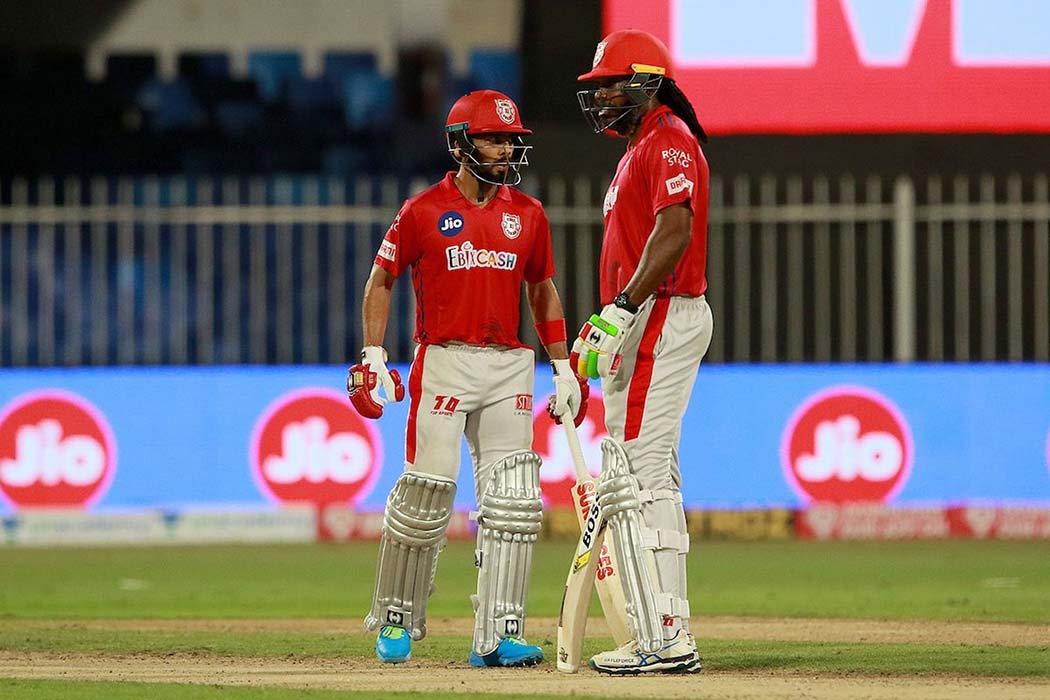 Kings XI Punjab (KXIP) registered their fifth win on the bounce after they beat Kolkata Knight Riders (KKR) by eight wickets in Match 46 of the Dream11 Indian Premier League (IPL) 2020 in Sharjah on October 26.

Needing 150 runs to win, KXIP openers – KL Rahul and Mandeep Singh – made a watchful start, scoring 36 runs in the powerplay.

KXIP lost their skipper on the final ball of the eighth over after Varun Chakravarthy trapped Rahul before the stumps to give KKR their first breakthrough.

Chris Gayle walked out to bat following Rahul’s dismissal and hammered two sixes in the first five balls he faced as KXIP moved to 67/1 after the end of the ten overs.

While Gayle got out in the penultimate over with KXIP needing three runs, Mandeep and Nicholas Pooran sealed KXIP’s win, which helped them to move to the fourth spot in the points table.

But Shubman Gill and KKR skipper Eoin Morgan counterattacked. While the powerplay was over, the KKR duo continued to attack and scored 26 runs in the next two overs to take KKR to 80/3.

But KXIP pulled back the things as Ravi Bishnoi broke the Morgan-Gill’s 81-run partnership, dismissing the KKR captain in the 10th over. In the 11th over, KKR lost Sunil Narine after he chopped a Chris Jordan slower delivery onto the stumps.

KKR eventually posted 149/9 on the board while for KXIP, Shami picked three wickets.