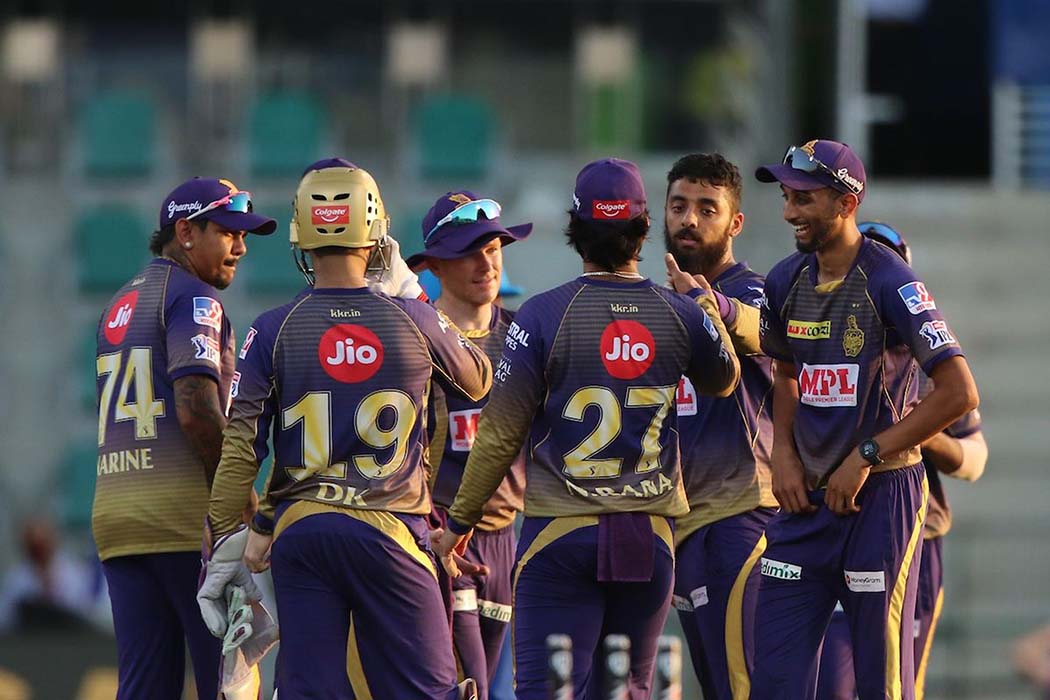 Defending 195, KKR came out all guns blazing as Pat Cummins trapped Ajinkya Rahane before the wickets on the first ball. The right-arm pacer picked his second wicket as he hit the woodwork to dismiss Shikhar Dhawan for 6 in the third over.

While Iyer hit a couple of crisp fours in the 11th over, DC lost Pant in the next over after he decided to take on Varun Chakravarthy and was holed out in the deep. The mystery spinner picked two wickets in his next over as he dismissed Shimron Hetmyer and Shreyas Iyer, both caught at long-on.

KKR eventually limited DC to 135 and sealed a 59-run win to register their sixth win of the season.

Earlier, while batting KKR's Shubman Gill creamed two fours in the first over bowled by Tushar Deshpande. He got out in the second over as Nortje gave DC their first breakthrough. The right-arm pace struck for the second time in the powerplay as he disturbed the timber to dismiss Rahul Tripathi.

In the eighth over, KKR lost their third wicket after Kagiso Rabada had Dinesh Karthik caught behind the wickets. Sunil Narine was the next man to walk out to bat and he counterattacked.