Kings XI Punjab (KXIP) held their nerve in a low-scoring encounter and beat Sunrisers Hyderabad (SRH) by 12 runs in Match 43 of the Dream11 Indian Premier League (IPL) 2020 at the Dubai International Cricket Stadium on October 24. 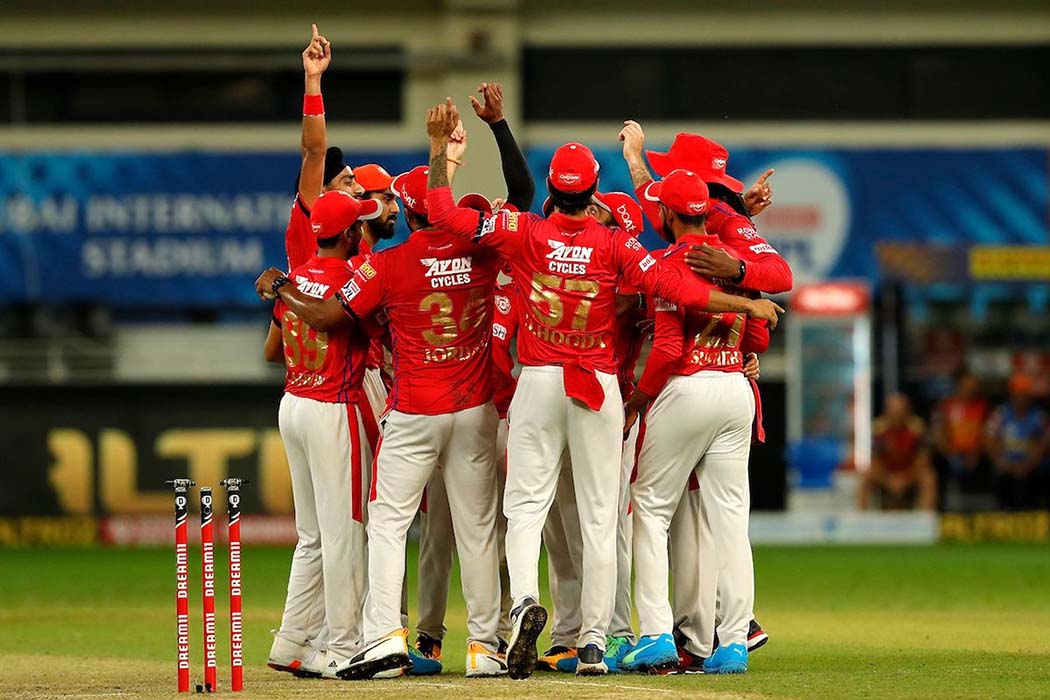 Kings XI Punjab (KXIP) held their nerve in a low-scoring encounter and beat Sunrisers Hyderabad (SRH) by 12 runs in Match 43 of the Dream11 Indian Premier League (IPL) 2020 at the Dubai International Cricket Stadium on October 24.

Needing 127 runs to win, SRH were quick off the blocks as David Warner got going straightway. The SRH skipper cranked two sixes in the first two overs bowled by Mohammad Shami and Arshdeep Singh.

In the next two overs, Jonny Bairstow hit two fours before he and Warner teamed up to hit four fours in the fifth and sixth over to take SRH past fifty at the end of the powerplay.

However, KXIP struck twice in quick succession through the leg-spinners as SRH lost both their openers.

SRH were 110/5 after the 18th over and needed 17 runs in the last two overs to cross the finish line.

After conceding 2 on the first 2 balls of the penultimate over, Jordan got two wickets on two successive deliveries. While Holder was caught by Mandeep in the covers, Rashid got out after Pooran took a catch in the deep.

SRH needed 14 runs in the final over but Arshdeep conceded not more than 2 runs to pick two wickets before Bishnoi ran-out Khaleel Ahmed on the penultimate delivery as KXIP completed their fourth win on the bounce to move to 10 points in the standings.

Batting first, KXIP, with five wickets down, moved past hundred in the 17th over. Nicholas Pooran, who scored an unbeaten 32, though dragged his side to 126/7.