Sunrisers Hyderabad (SRH) sealed a place in the Dream11 Indian Premier League (IPL) 2020 playoffs after they beat Mumbai Indians (MI) by ten wickets in Match 56 at the Sharjah Cricket Stadium on November 3. 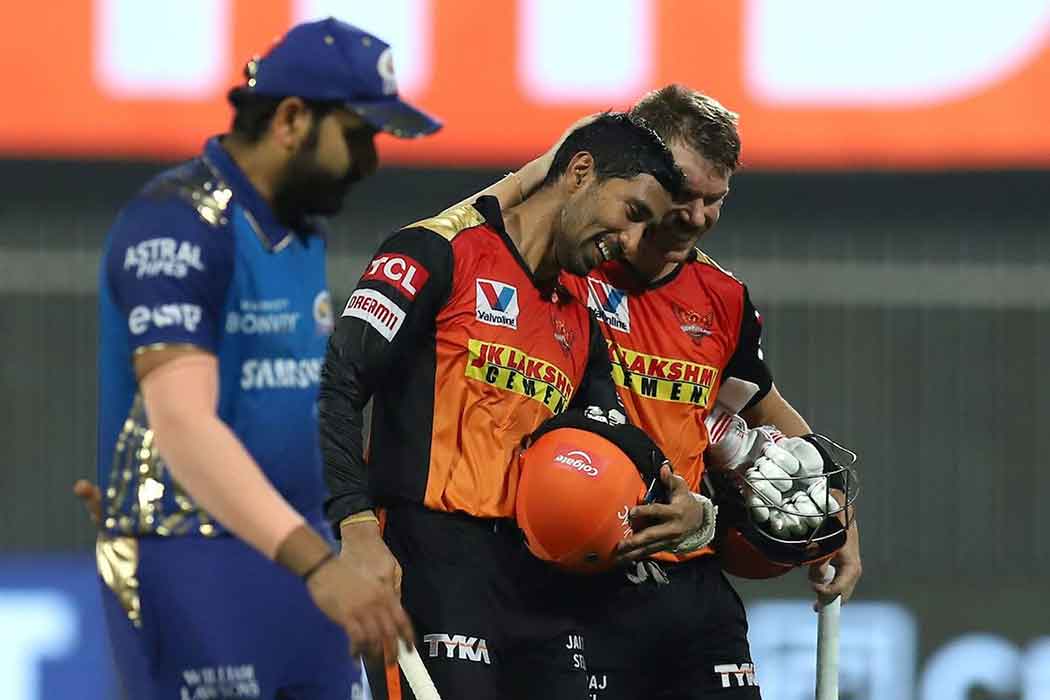 Sunrisers Hyderabad (SRH) sealed a place in the Dream11 Indian Premier League (IPL) 2020 playoffs after they beat Mumbai Indians (MI) by ten wickets in Match 56 at the Sharjah Cricket Stadium on November 3.

SRH's victory has crashed the dreams of millions of fans of KKR as Shah Rukh Khan's team is now out of the playoff.

While Warne remained unbeaten on 85, Saha scored 58* as SRH completed a comprehensive win on the first ball of the 18th over and with it, joined MI, Delhi Capitals and Royal Challengers Bangalore in the playoffs.

Earlier, Rohit Sharma returned to lead MI, who rested Jasprit Bumrah and Trent Boult and brought in Dhawal Kulkarni and James Pattinson in the playing XI.

Sandeep Sharma gave SRH an early breakthrough as he dismissed Rohit Sharma in the third over after David Warner completed a good low catch at mid-off.

Quinton de Kock got out for 25 in the fifth over. Suryakumar Yadav and Ishan Kishan added 42 runs to take MI past 80.

But in the 12th over MI lost Surya's Krunal Pandya's wicket. Rashid Khan provided SRH their fifth wicket as he got Saurabh Tiwary out.

Kishan and Kieron Pollard then took MI past hundred as the duo added 33 runs together. However, just when it looked that Kishan was upping the ante, Sandeep struck as Ishan mistimed his shot and dragged a ball back onto the stumps.