IPL 2020: DC enters Qualifier 1 but RCB makes it to the Playoff too

Delhi Capitals (DC) sealed a place in Qualifier 1 as they beat Royal Challengers Bangalore (RCB) by six wickets in Match 55 of the Dream11 Indian Premier League (IPL) 2020 at the Sheikh Zayed Stadium in Abu Dhabi on November 2. 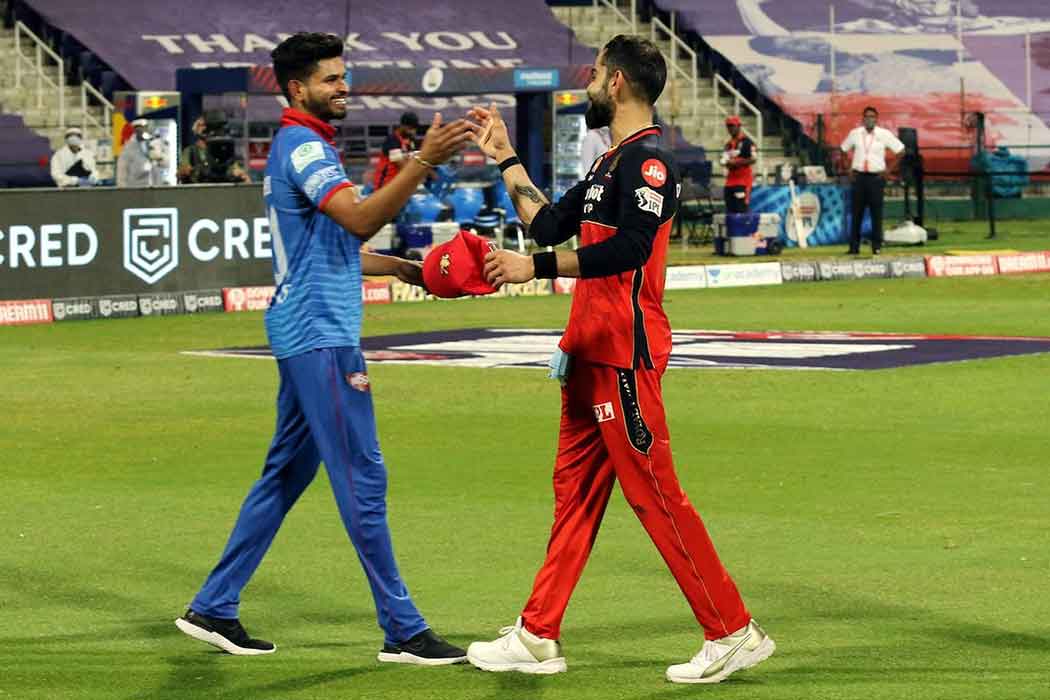 Delhi Capitals (DC) sealed a place in Qualifier 1 as they beat Royal Challengers Bangalore (RCB) by six wickets in Match 55 of the Dream11 Indian Premier League (IPL) 2020 at the Sheikh Zayed Stadium in Abu Dhabi on November 2.

Meanwhile, RCB, despite the defeat and because of their NRR, made it to the playoffs and joined DC and Mumbai Indians in the top four.

RCB, who were also eying a place in the playoffs, had to make sure that DC did not chase down the target in 17.3 overs and their bowlers did the job, denying DC a chance to cross the finish line before the 17.3-over mark.

Needing 153 runs to win, DC lost Prithvi Shaw for 9 in the second over as Mohammed Siraj disturbed the timber.

Shikhar Dhawan and Ajinkya Rahane batted well. However, the left-hander got out in the 13th over off Shahbaz Ahmed’s bowling.

While DC lost Shreyas Iyer and Rahane in the 17th and 18th over respectively, Rishabh Pant and Marcus Stoinis made sure that DC registered a win and with it, a place in the top two.

Earlier, DC, who elected to bowl, kept things tight as RCB openers – Josh Phillipe and Devdutt Padikkal – could only score 25 from the first four overs. DC limited RCB to 152/7.