IPL 2020: CSK ends their campaign on a high, beat KXIP by nine wickets 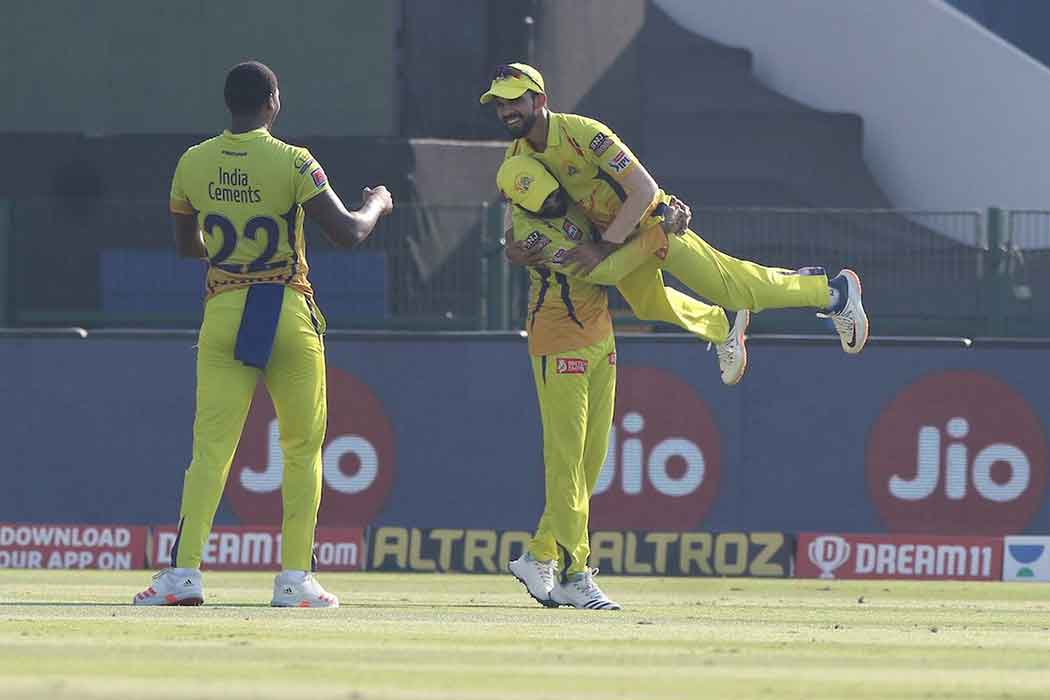 Needing 154 runs to win, CSK were quick off the blocks as Faf du Plessis and Ruturaj Gaikwad made a solid start. The two took CSK to 22/0 after three overs before Faf got a life despite Deepak Hooda’s stunning effort in the field.

KXIP got a much-needed breakthrough in the 10th over after Faf could not time his scoop. Gaikwad and Ambati Rayudu pair did not take any undue risk and kept the scorecard ticking. He and Rayudu completed a fifty-run stand in the 17th over before taking CSK home in the penultimate over.

Earlier, MS Dhoni, who made it clear that this won’t be his last game for CSK, won the toss and elected to bowl. KXIP announced their intent straightway as Mayank hit two fours in the first over.

However, the Mayank-Rahul partnership was broken as Lungi Ngidi struck in the final over of the powerplay, dismissing Mayank for 26. A couple of overs later, the right-arm pacer scalped one more wicket he disturbed the timber a slower-ball to get KL Rahul out.

Shardul Thakur and Imran Tahir then dismissed Nicholas Pooran and Chris Gayle respectively as CSK pushed KXIP on the backfoot, reducing them to 72/4 after 12 overs.

Deepak Hooda remained unbeaten on 62 off 30 balls to help KXIP post 153/6 on the board.