Mumbai Indians marched into the Dream11 Indian Premier League (IPL) 2020 Final after they beat Delhi Capitals (DC) by 57 runs in Qualifier 1 at the Dubai International Cricket Stadium on November 5. 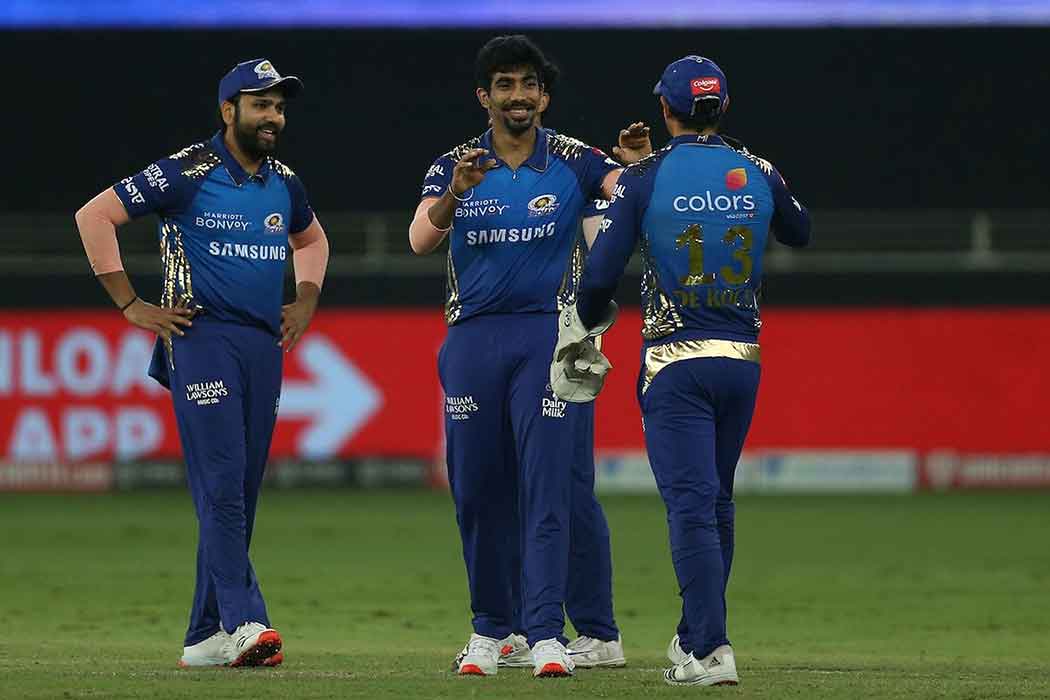 Mumbai Indians marched into the Dream11 Indian Premier League (IPL) 2020 Final after they beat Delhi Capitals (DC) by 57 runs in Qualifier 1 at the Dubai International Cricket Stadium on November 5.

After fifties from Ishan Kishan and Suryakumar Yadav and cameos from Hardik Pandya and Quinton de Kock powered MI to 200/5, Jasprit Bumrah and Trent Boult ran through DC’s line-up, restricting them to 143/8.

Needing 201 runs to win, DC were reduced to 0/3. Boult bowled a two-wicket maiden, dismissing Prithvi Shaw and Ajinkya Rahane in the first over. Bumrah got Shikhar Dhawan out.

Bumrah had Iyer caught in the fourth over. Krunal Pandya gave MI their fifth wicket after Rishabh Pant was holed out in the deep in the eighth over.

Earlier, DC won the toss and elected to bowl. R Ashwin scalped the big wicket of Rohit Sharma. de Kock and Suryakumar Yadav took on the DC bowlers to power MI to 63/1 in the powerplay. However, Ashwin got de Kock out. Surya was dismissed at 51 and Kieron Pollard got out for zero.

While Kishan remained unbeaten 55 off 30 balls, Hardik slammed 37* from 14 balls.