IOC official: Tokyo Olympics will go ahead even under state of emergency

The Tokyo Olympics will take place even if the city is declared in a state of emergency due to COVID-19, a top Olympic official said on Friday, highlighting the obstacles that the pandemic-hit Games face. 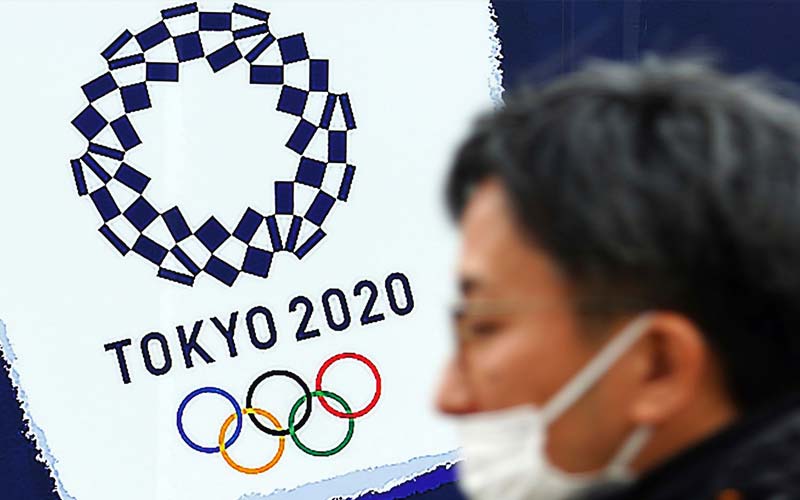 The Tokyo Olympics will take place even if the city is declared in a state of emergency due to COVID-19, a top Olympic official said on Friday, highlighting the obstacles that the pandemic-hit Games face.

At the end of a 3-day virtual meeting to review preparations, the International Olympic Committee (IOC) tried to allay concerns in Japan that the Games would place a strain on a medical system already stressed by the pandemic.

In a boost for the Olympics, which were delayed by a year due to the COVID-19 pandemic, French President Emmanuel Macron, whose country will host the 2024 Games, has declared that he will attend the opening ceremony in Tokyo.

When asked whether the Olympics will take place even if Tokyo declared a state of emergency, IOC Vice President John Coates, who oversees arrangements, said, "Absolutely yes." "All of the preparations we have in place to ensure the safety and security of the athletes and the citizens of Japan are focused on the worst-case scenario," he said.

Coates, who spoke at a news conference following the meeting, stated that more than 80% of Olympic Village residents will be vaccinated before the Games begin on July 23. He also mentioned that additional medical staff will be included in international Olympic delegations to assist with medical operations and the introduction of COVID-19 countermeasures at the Games.

Japan has vaccinated just 4.1% of its population, the lowest rate among the world's developed countries, and just about half of its medical staff has received their immunizations.

In comparison to some other Group of Seven (G7) countries, which are beginning to lift pandemic-fighting restrictions, most of Japan remains under emergency restrictions amid the fourth wave of infections.

Coates expressed that as more people get vaccinated, public awareness of the Games will grow. "But if it doesn't, our situation is that we just have to get on with our work. It is our responsibility to ensure that the Games are secure for all players and the people of Japan" he stated.

To reduce the risk of infection, organisers have reduced the number of people travelling to the Olympics as part of international delegations from about 180,000 to 78,000, according to Seiko Hashimoto, the head of the organising committee.

She stated that the Olympics would need 230 doctors and 300 nurses every day, that 50,000-60,000 coronavirus tests would be performed daily, and that the organisers had secured approximately 80% of the medical staff required. "We want to ensure secure medical professionals in a way that doesn't put a strain on local medical services," Hashimoto explained.

Due to coronavirus concerns, the Canadian swimming team has been the latest delegation to withdraw from a pre-Olympic training camp in Japan ahead of the Games.

Schedules for 50 training camps in Japan have been cancelled, with the bulk of them due to pandemic concerns. Last week, the US track and field team scrapped a training camp in the eastern prefecture of Chiba, and dozens of Japanese cities have cancelled plans to host athletes.