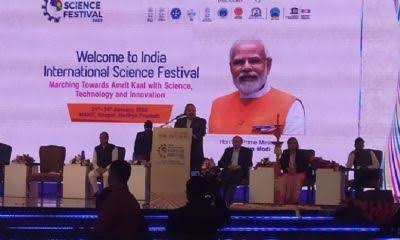 Yogeshwar Dutt said, “There can be no compromise on allegations of sexual harassment. If this has happened, it should be probed and the accused should be punished. Also, if the allegations are false, it should be probed as to why they were leveled and what was the motive behind it?The protest of the wrestlers ended on Saturday after talks with Union Sports Minister Anurag Thakur. After the wrestlers talked to the Sports Minister, it was announced that a committee would be formed to investigate the allegations against Wrestling Federation of India (WFI) chief Brij Bhushan Sharan Singh and till then Brij Bhushan would stay away from the WFI. Thakur announced the formation of an inspection committee to look into the allegations leveled against the Wrestling Federation of India (WFI) and assured that justice would be done in four weeks.

Thakur also said that WFI chief Brij Bhushan Sharan Singh would step down till the probe was completed. "The committee will look into the functioning till the probe is completed and till then Brij Bhushan Sharan Singh will step aside and cooperate in the probe," he said. Wrestlers, including Olympic and Commonwealth Games medalists, protested in Delhi. Women wrestlers made serious allegations of sexual harassment and mismanagement against the President and coaches of the Wrestling Federation of India. However, Brij Bhushan Sharan Singh denied the allegations and claimed that he would expose the 'political conspiracy' at a press conference in Uttar Pradesh's Gonda. However, later the press conference was cancelled.