Interview of the poet who called Priyanka Gandhi a poem thief: Pushyamitra said - it is sad to put the UP election hashtag with poetry ... do not follow on social media

Before the assembly elections in Uttar Pradesh, the matter of calling Jinnah and Jai Shri Ram as demons had not cooled down yet that a new controversy has arisen again. 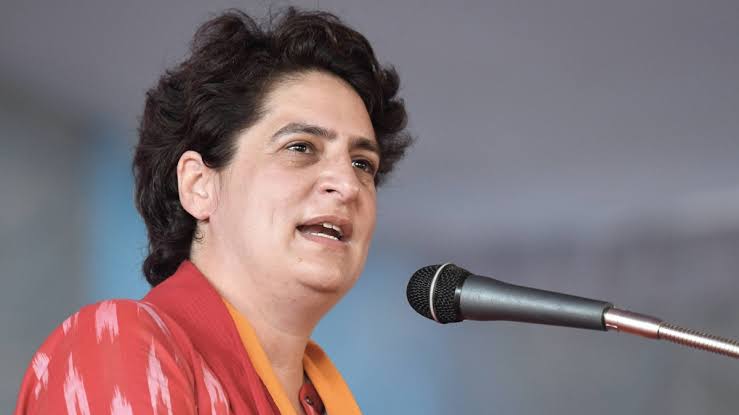 Before the assembly elections in Uttar Pradesh, the matter of calling Jinnah and Jai Shri Ram as demons had not cooled down yet that a new controversy has arisen again. However, this time the matter is about poetry. In fact, Congress General Secretary Priyanka Gandhi, while addressing women in Chitrakoot on Wednesday, recited the poem….. The author of the poem, Pushyamitra Upadhyay, objected to this. Accusing Priyanka, what will the country expect from those who steal poetry?

Dainik Bhaskar spoke to Pushyamitra on this whole issue. Pushyamitra hails from Etah, Uttar Pradesh. After studying B.Tech, he has done MA in sociology. He does freelance writing.

Question- A poet should be happy that his poetry is being read by big people on big platforms, why did you get angry?

Answer- First it has to be understood that in which context I wrote this poem. I wrote this when Nirbhaya was counting his last breaths in Delhi. I did not write this to take any political or economic advantage. I felt sad when it was used for politics. The name of the political party was written in it by hashtag.

Question- Priyanka used this so it hurt or is there some other reason? Answer- BJP or Congress… I have already said that this poem is not for politics. I give permission to anyone who uses it with a good heart.

Question- What mistake did Priyanka Gandhi make? Answer- UP election tagged with poetry. It was used for political gains. Without knowing with what sentiment that poem was written. I have written this in a very pure spirit. I don't want it to be misused.

Question- Will you be able to have a video interview? Answer- Video conversation is not possible. I have said before that I am an ordinary person. I want to do job If I get caught in this kind of controversy right now then which company will give me a job.