Abhay Singh Chautala was the only MLA in Haryana Assembly who represented his party Indian National Lokdal (INLD). He is the younger son of Om Prakash Chautala, who served as the former Chief Minister of Haryana. 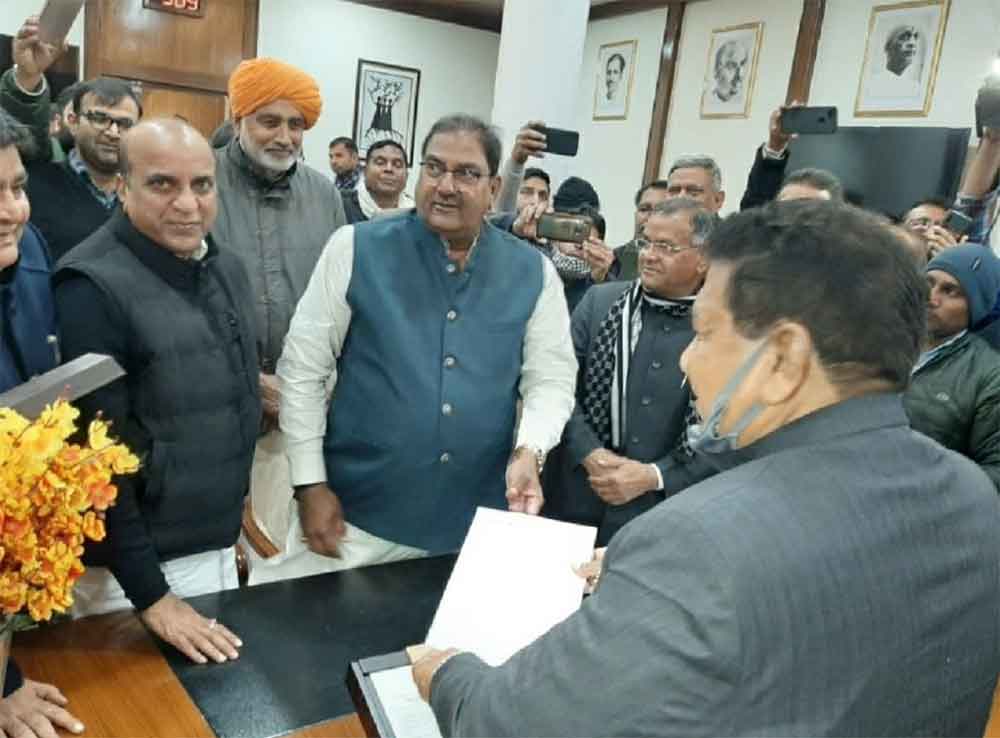 Abhay Singh Chautala was the only MLA in Haryana Assembly who represented his party Indian National Lokdal (INLD). He is the younger son of Om Prakash Chautala, who served as the former Chief Minister of Haryana.

Announcing his resignation, his party INLD, posted a message on its Twitter handle in Hindi that says, “One needs to have a heart like Tau Devi Lal to follow his footsteps. Honorable Abhay Singh Chautala ji submitted his resignation to the speaker.”

He drove in a tractor like a farmer and submitted his resignation to Speaker of the Haryana Assembly Gian Chand Gupta, who immediately accepted it.

He represented the Ellenabad assembly seat in the 90-member Haryana Assembly.

Early January he had shot a letter to the speaker and said that if the Centre would not withdraw the three agriculture laws by January 26, the Republic Day, he would resign.

Abhay Chautala has favoured the farmers’ protest and echoes their concern. He severely criticized the three farms laws and said that the Centre has imposed these laws on farmers in an undemocratic manner.

In the ongoing protest at Delhi’s border, lakhs of farmers have arrived from Haryana and Punjab to oppose and force the government to withdraw them.