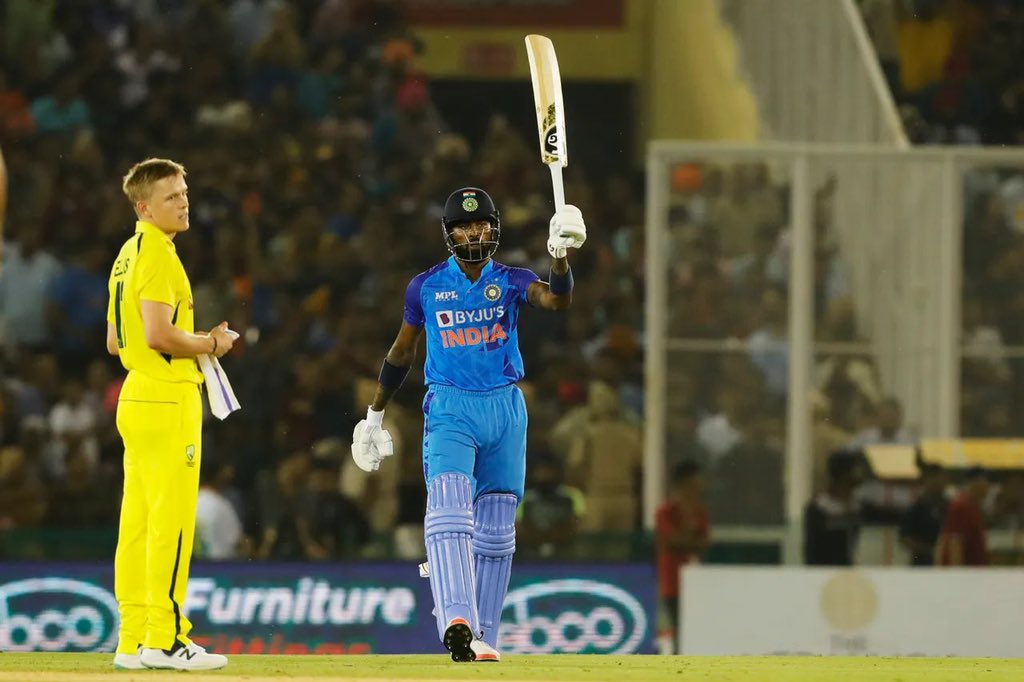 Australia defeated India by four wickets in the first match of the three-match T20I series. Team India scored the highest score of this format against Australia, scoring 208 runs for 4 wickets. In reply, the Kangaroo team achieved the target in 19.2 overs by losing 6 wickets. With this win, Australia took a 1-0 lead in the series. The next match will be played on 23 September at the Vidarbha Cricket Association Stadium in Nagpur.

Hardik Pandya played a wonderful inning in Mohali. He scored 71 runs in just 30 balls. During this, his bat hit 7 fours and 5 sixes. In the last over, Hardik thrashed Cameron Green. He scored 21 runs in this over with a hat-trick six.

Team India got two setbacks very quickly. Team captain Rohit Sharma and Virat Kohli could not do anything special in the match. After the dismissal of both, Suryakumar Yadav came to support KL Rahul and played a brilliant inning. He scored 46 runs in just 25 balls. During this, 4 brilliant sixes and 2 fours came off his bat. His strike rate was 184. Cameron Green took the wicket of Surya.