Indonesian submarine declared to have sunk by Indonesia’s Navy

Yudo informed that the results will be evaluated by rescue teams from Indonesia and other nations. So far, he reported, no bodies have been discovered 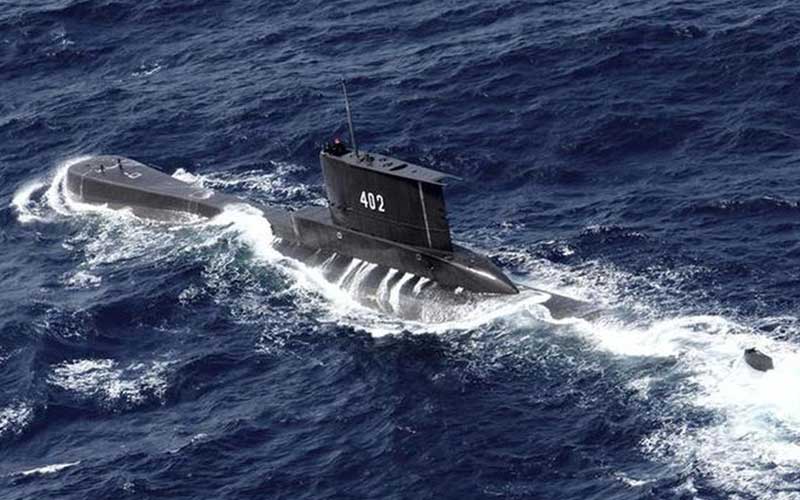 Following the discovery of items from the missing submarine over the past two days, Indonesian navy announced on Saturday that it had sunk and broken open, killing all 53 crew members on board.

The status of Indonesia's lost submarine was revised from "sub miss" to "sub sank" after a naval chief presented debris considered to be from the submarine at a press conference.

The Navy Chief YudoMargono stated at the press conference, “With the authentic evidence we found believed to be from the submarine, we have now moved from the sub miss’ phase to sub sunk.”

At the press conference, six fragments of debris suspected to be from the submarine were shown to the media. A bottle of grease, part of a torpedo launcher, a metal tube part, prayer mats, and fuel were discovered about two miles from where the submarine had begun to dive prior to going missing.

According to the Indonesian Defense Ministry, the German-built diesel-powered KRI Nanggala 402 has been in command in Indonesia since 1981 and was carrying 49 crew members, three gunners, and its commander.

Yudo informed that the results will be evaluated by rescue teams from Indonesia and other nations. So far, he reported, no bodies have been discovered.

The submarine's oxygen supply was expected to run out early Saturday, according to officials.The navy had stated earlier that an electrical problem may have prevented the submarine from performing emergency resurfacing procedures.

Along with 20 Indonesian ships, a sonar-equipped Australian warship, and four Indonesian aircraft, an American reconnaissance plane, a P-8 Poseidon which landed early Saturday and was scheduled to support the search mission. Authorities had said that Singapore's rescue ships would arrive Saturday, and Malaysian rescue ships would reach on Sunday, boosting the underwater search.