IndiGo plane skidded off the runway during take-off, wheels got stuck in the mud

A local journalist uploaded a photo on Twitter that shows an aircraft skidding off the runway and the wheels stuck in a nearby green field. 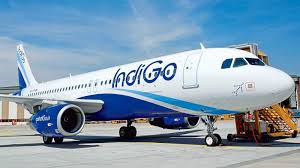 An Indio flight from Jorhat in Assam to Kolkata was canceled on Thursday morning. The decision was taken after the plane skidded during take-off after its wheels got stuck in the mud on the side of the runway. According to an Airport Authority of India official, IndiGo flight 6E757 operating on the Jorhat-Kolkata route was canceled after being grounded for several hours at Jorhat due to a "technical problem".

Tagging IndiGo, he said, "The 6E757 flying from Guwahati to Kolkata skidded off the runway and got stuck in a muddy ground at Jorhat airport in Assam. The plane was scheduled to depart at 2.20 pm, but after the incident the flight was delayed."