It is the day of the birth anniversary of Swami Vivekananda and the country observes it as National Youth Day. 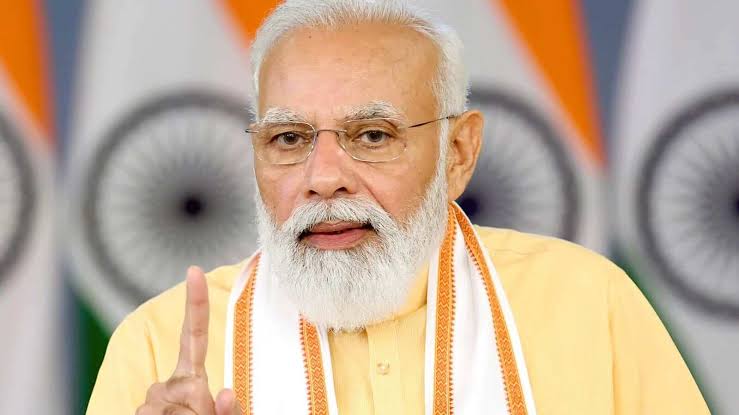 “Today’s youth can evolve itself and society according to new challenges, new demands and can create new ones. Today's youth has a 'Can Do' spirit which is a source of inspiration for every generation,” Prime Minister said while inaugurating the 25th National Youth Festival in Puducherry.

The Prime Minister addressed the event via video conferencing on January 12.

It is the day of the birth anniversary of Swami Vivekananda and the country observes it as National Youth Day.

More than one lakh youth submitted essays on these topics and these have been selected from those submissions.

PM Modi bowed to Swami Vivekananda and said, “His birth anniversary in this year of Azadi Ka Amrit Mahotsav is all the more inspiring.”

He observed that there is an added significance of this period as the celebration of the 150th birth anniversary of Sri Aurobindo and also the 100th death anniversary of Mahakavi Subramanya Bharathi is falling in the same period.

He said, “Both these sages have a special relationship with Puducherry. Both have been partners in each other's literary and spiritual journey.”

“The world looks at India with hope and faith. Because, India’s demography is young, and the mind of India is also young. There is youth in India’s potential, and in its dreams. India is young in its thoughts as well as in its consciousness. India’s thinking and philosophy have always accepted change and there is modernity in its antiquity,” PM Modi said.