ISRO will be launching India's first privately built rocket from #Sriharikota in the next 15 mins. This rocket was developed by Skyroot Aerospace Pvt Ltd and is a single-stage spin-stabilized solid propellant rocket with a mass of approximately 545 kg, 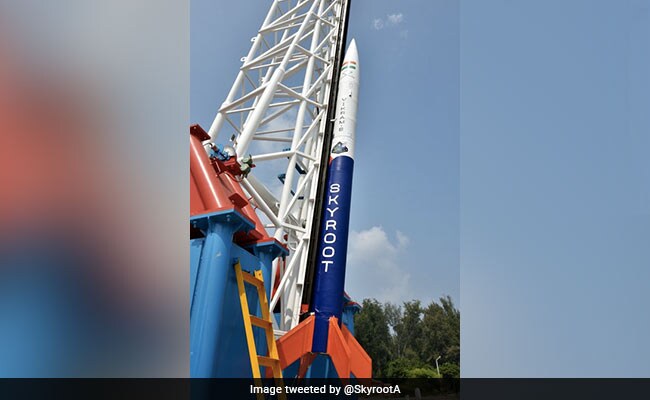 It was in 2018 when ISRO scientists Pawan Kumar Chandana and Naga Bharat Daka decided to leave their jobs and run their own space-related companies. At that time there was no private player in India, so the future of these two IIT alumni also looked bleak.

After 4 years, on 18 November 2022, India's first privately designed rocket will be launched from the Satish Dhawan Space Center in Sriharikota, Andhra Pradesh. This is a big step for India toward space. With this, a big achievement will be registered in the name of Chandana and Daga's 4-year-old startup Skyroot Aerospace.

Chandna developed a passion for space and rocketry at IIT Kharagpur. Here he was studying mechanical engineering. Chandana joined ISRO after IIT. In a TEDx talk, Chandana says, 'I became crazy about rockets after college. These magnificent machines have the power to escape from the Earth's gravity and go into space. Without them, we would not have had so many things.

It was in ISRO itself that Chandna met Bharat Daka, another IITian Naga. Both understood each other's dreams and quit their jobs. Together in 2018, the two started Skyroot Aerospace.

Skyroot Aerospace Company has developed the Vikram series of rockets. There are three rockets Vikram-I, Vikram-II Vikram-III in this series. The launch of these three is to be preceded by the launch of Vikram-S rocket, which is a suborbital rocket. It is a single-stage sub-orbital launch vehicle ie rocket, which will launch three payloads into space.