These rocks also represent the deepest part of the earth up to 175 kms of distance from the surface of the earth. 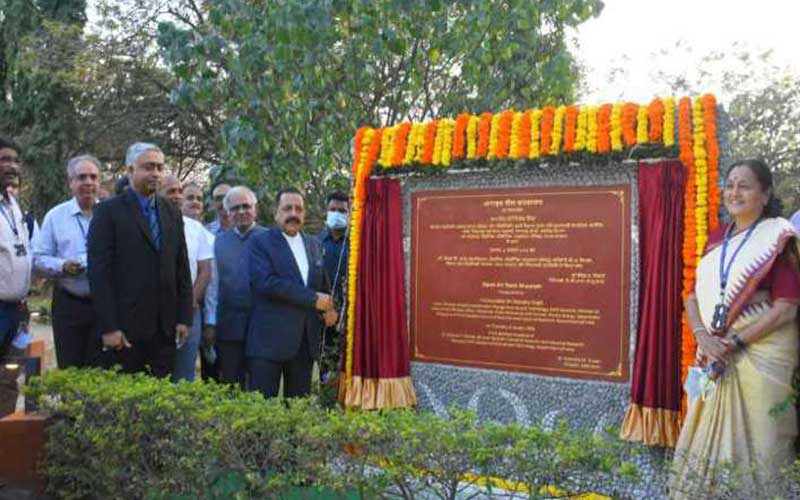 These rocks also represent the deepest part of the earth up to 175 kms of distance from the surface of the earth.

He also addressed the Hyderabad Scientists at the CSIR-National Geophysical Research Institute (NGRI).

Dr Jitendra Singh said, "Big Earth data occupy the strategic high ground in the era of knowledge economies and India is fully exploiting this new frontier contributing to the advancement of Earth science. Geosciences is contributing significantly towards the self-reliance and national priorities in New India.”

He added, “Science blended with creative innovation brings “ease of living” for the common man and Scientists should adopt out of box thinking to address the problems of the common public. The expectations of society from scientists are ever-growing and scientists should continuously be involved in providing the best S&T solutions.”

Dr Jitendra Singh praised PM Modi for coming up with the out of box idea as he has not only a natural predilection for science but is also forthcoming in supporting and promoting science and technology-based initiatives and projects.