India's defense ties with Vietnam are getting stronger, but eyes are on China

India's defense ties with Vietnam have been progressing slowly since the 1990s. You would think that in view of the hostility of the two countries towards China, they must have developed close ties in the military field rapidly. 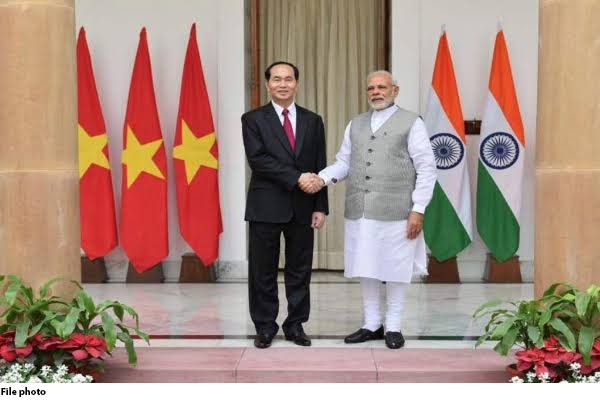 With the signing of the “Joint Vision Statement on Indo-Vietnam Defense Partnership Towards 2030”, India and Vietnam have taken another step towards their long standing defense relationship. It was signed during Defense Minister Rajnath Singh's visit to Vietnam last week.

An agreement was also signed between the two countries regarding logistic support. This is the first such agreement with the Vietnamese side. However, India has such agreements with the US, Singapore, France, South Korea and Australia.

The agreement comes at a time when it has been revealed that China is helping Cambodia develop a naval base in Reem, close to Cambodia's main port of Sianhoukville. Both countries deny that it will be used by China, but it is located at a strategically important location in the Gulf of Thailand, adjacent to several other facilities, such as the Sakor airport, developed by the Chinese consortium.

The real fact is that their relations are developing but this process is very slow and under a well thought out plan and it is in line with the strategy set by both the countries.

In 2000, George Fernandes, the first Defense Minister to visit Vietnam, signed a comprehensive defense cooperation agreement. Under this, India and Vietnam launched a joint operation against piracy in the South China Sea. This agreement paved the way for Vietnam to train Indian troops in jungle warfare and guerrilla tactics, and for India to assist the Viennese Navy in the repair, upgrade and construction of warships and fast patrol boats.

During his visit to Vietnam in 2016, Prime Minister Narendra Modi announced another loan of US$ 500 million for the purchase. But, so far, this loan money has been used at a slow pace and it is also an agenda for talks during Rajnath Singh's visit.