On Saturday evening, Rajeev Mehta, Secretary General of the Indian Olympic Association, wrote a letter to the members, congratulating them for a successful Tokyo Olympic Games 2020. On the same night, Dr. Narinder Dhruv Batra, President of the Indian Olympic Association, sent a Whatsapp message, in which, he criticized Rajeev Mehta and questioned his seriousness and commitment towards India and Indian Sports. He alleged that Mehta left Tokyo on August 1, to celebrate his birthday on the 6th in Delhi. 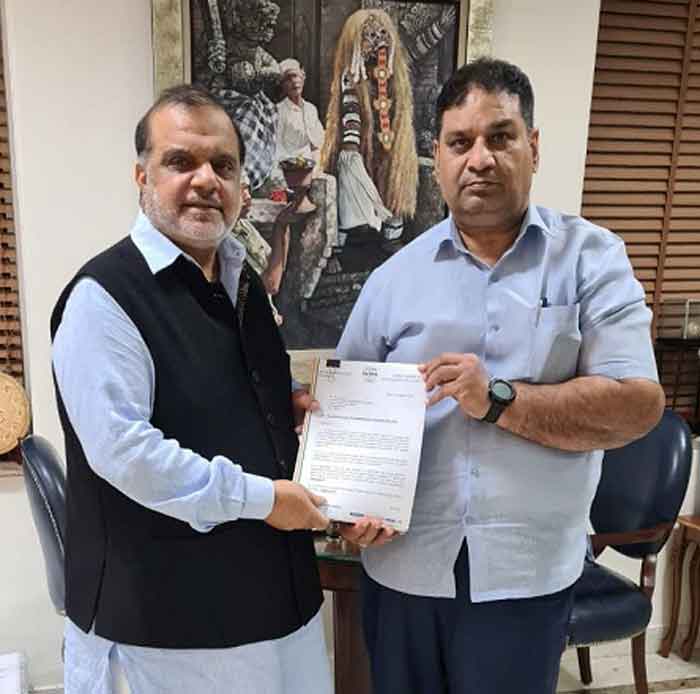 New Delhi: India’s campaign in the Tokyo Olympics ended yesterday, with the best ever performance. India won a total of seven medals, including a historic Gold in athletics, India has won six medals in the London Olympic 2012.

When we informed Mehta about Batra’s message, he sent a reply, “I know. He is my president. He can do it, No worry.’’ However, In the letter, Rajeev Mehta has not mentioned anything about Dr. Batra, he praised all the Indian athletes, medal winners as well as brilliant Performers, who could not win a medal, for a successful Tokyo 2020 Olympic Games. The Indian contingent has registered its best-ever performance at an Olympic Games edition – winning a total of 7 medals, breaking our previous best record of six medals from the London 2012 Olympic Games. Mehta congratulated and thanked everyone, “This is only the beginning. We’ll be back Stronger Together!”, he wrote. Here is the full text of the letter-

First of all, please allow me to congratulate each and every one of you for a successful Tokyo 2020 Olympic Games. Team India’s participation in the Olympics couldn’t have ended on a sweeter note, with our brave athlete Neeraj Chopra bringing home our first Gold medal in Athletics – Track and Field, first Gold medal in the Tokyo Olympic Games and second Individual Gold medal.

There was plenty of hope and expectations as India sent its biggest-ever contingent to the delayed Tokyo Olympics. And my heart fills with pride to say that the Indian contingent has registered its best-ever performance at an Olympic Games edition – winning a total of 7 medals, breaking our previous best record from the London 2012 Olympic Games.

This was India's most successful Olympics in terms of total medal tally, having won a total of 7 medals (1 Gold, 2 silver and 4 bronze). Even as several Indian athletes came close to increasing the medal haul, including fourth ranked Aditi Ashok in Golf, Deepak Punia in Men's Freestyle 86kg in Wrestling and the Women's Hockey team with the fourth-place finish, all our athletes did their exceptional well including the Sailing team, the Archery team, Swimming team, Bhawani Devi in Fencing, Pranati Nayak in Gymnastics, Sushila in Judo, Rowing team, Table Tennis team, Tennis team, Fouaad Mirza in Equestrian, the Boxing team, Badminton team and the Shooting team. Our athletes displayed great sportsmanship and spirited efforts at the Tokyo 2020 Olympic Games.

This would not have been possible without your support. I would like to congratulate all our athletes, their coaches and support staff, the National Sports Federations, GOI and Sports Ministry, our proud sponsors of the Indian Olympic team and the staff for helping Team India etch in the history books – our best-ever medal tally at the Olympic Games. This is only the beginning. We’ll be back Stronger Together!

We are Team India. Jai Hind