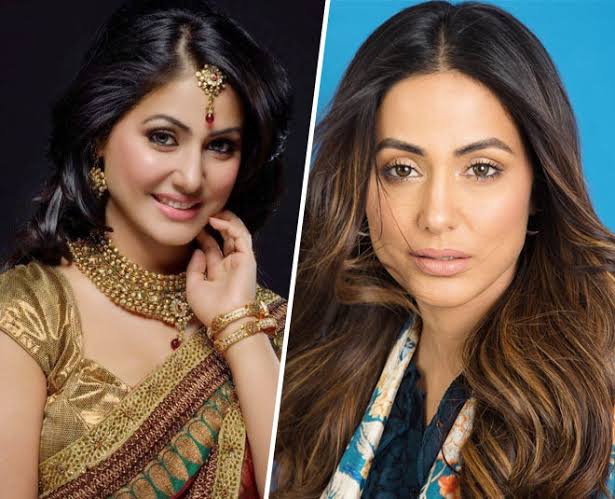 There are many actresses who are nailing in their career and has a huge fan following .Television stars have wide popularity among audience as they see them every day on their respective TV shows.

Divyanka is one of the most popular faces.She debuted her acting career from the show "Banu Mai Teri Dulhan " and is a part of Indian television industry more than a decade now. She is now part of popular TV show " Ye hai Mohabatein" as Ishita Bhalla .Divyanka is ruling in the television industry.

Surbhi Jyoti is one of the finest actors in the Indian television industry. She is known for her portrayel of Zoya Farooqui in Zee tv's show "Qubool hai ". She made an impact again when she was casted as Bela in Color's TV show Naagin 3.She had made a huge recognition in a short span of time .Surbhi charges around 70 thousand for an episode.

Hina Khan(born 2 October 1987)is an television and film actress. She is known for playing Akshara in Star Plus Ye Rishta Kya kehlata hai and Komolika in Kasauti Zindagi ki In 2017, she participated in the reality shows Fear Factor Khatro Ke Khiladi and Big Boss and emerged as the runner up in both. She is the most loved television star in the country.

Neha Sharma, (born 17 September 1990), known by her stage name and Nia Sharma,is an Indian television actress and model. She is known for acting in Plus's Ek hazaro me Meri behna hai as Manvi Chaudhary TV Jamai Rajaa as Roshni Patel ,Ishq me marjawa as Aarohi Kashyap Naagin:4 as Brinda. In 2017, she participated in Fear Factor Khatro ke Khiladi and emerged as a finalist. She is one of the most popular and loved TV Star.