The Indian rowing team, which arrived in Tokyo on Wednesday for the Olympic qualifying tournament, is getting a glimpse of what the Games could be like in July and August. 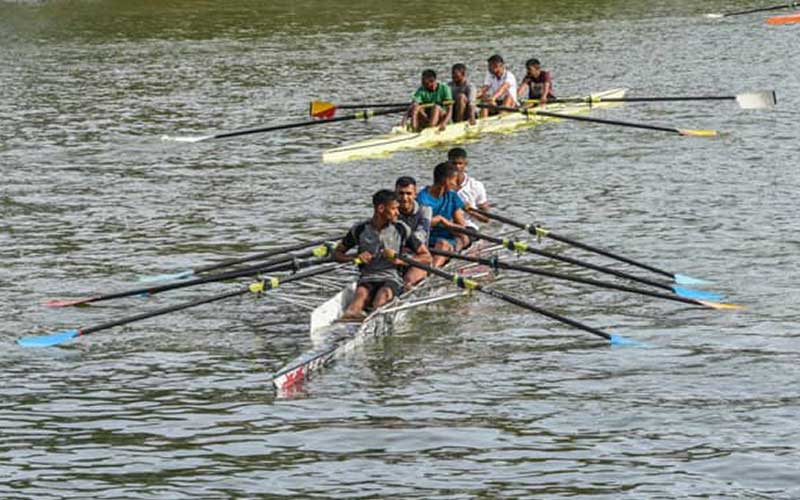 Ismail Baig illustrates the scene on a Tuesday evening as he gazes out the window of his room on the ninth floor of a hotel overlooking Tokyo Bay. “There is no one on the streets, it's eerie. During the day, one or two cars drive by. A tall building can be seen in the distance, but no one is entering or exiting. Outside, it's very quiet,” says India's rowing coach, Baig.

Approximately 10,000 athletes from more than 200 countries are set to land in Tokyo in less than 80 days to participate in the Olympic Games. However, regulations, restrictions, more rules, and more restrictions have replaced the normal hype and enthusiasm that has gripped the host city.

The Indian rowing team, which arrived in Tokyo on Wednesday for the Olympic qualifying tournament, is getting a taste of what the Games could be like in July and August.

The organisers of the Tokyo Olympics published a playbook last Wednesday that outlined the procedures that each competitor would follow before, during, and after the Games. Those guidelines will be put to the test this week at the rowing qualifiers.

Teams have been given specific dates for entering (1st May) and exiting (8th May) Tokyo. They've been told when and where to eat and talk. They are not allowed to leave their rooms except for meals and travel to the competition. Sightseeing and shopping are not possible. “There isn’t a lot of freedom. We would be disqualified if we break any of the rules,” Baig says.

He agrees that it is aggravating. He does, however, comprehend the rationale. “Events are being cancelled all over the world. Also in these difficult times, they are organising a tournament with participants from all over the world. It is our responsibility to assist them by abiding by the rules."

During the Diving World Cup at the Tokyo Aquatics Centre on Saturday, when a group of competitors clustered too close to each other near the 3m springboard, the announcer ‘scolded' them for breaching social distancing norms, as per media report. International athletes are competing in aquatics and rowing events in Tokyo right now, putting the spotlight on the Covid-19 countermeasures planned for the Games.

Many of the rules are similar to what have become common procedures at most tournaments around the world, such as Covid-19 checks before departure and after arrival, regular checking during competition, wearing masks and using sanitisers. Additionally, each member of the rowing qualifiers' travelling contingent had to download the Japanese government's track-and-trace mobile app.

The ongoing lockdown in Delhi heightened the turmoil, making it difficult for the Rowing Federation of India to send visa documents to the embassy. RFI Secretary-General MV Sriram said, "We somehow managed to send them on time and the visas were issued to us."

But that was only the highlight of the difficulties involved. The pre-departure Covid-19 forms had to follow a specific format that was not the same as the ones used in India. Given the constraints, securing seats on a flight to Tokyo was even more difficult, and once they did, airline rules prevented them from carrying their own oars.

The rowers hope to win spots in the Games with leased oars and a turbulent build-up in the penultimate Olympic qualifying event. Rowers who place in the top five in the single scull and the top three in double scull will qualify for the Olympics.

So far, no Indian rower has made the cut, but Baig is hoping to change that this week. “I am optimistic about our chances. It would be great if we could finish our certifications here so that we can return in July and hope that Tokyo will be a lot more lively than it is now.”