More than 2,300 Indian troops are serving with the UN's most expensive peacekeeping mission in the Congo, a vast (the size of western Europe), dangerous, and notoriously unstable nation formerly known as Zaire. 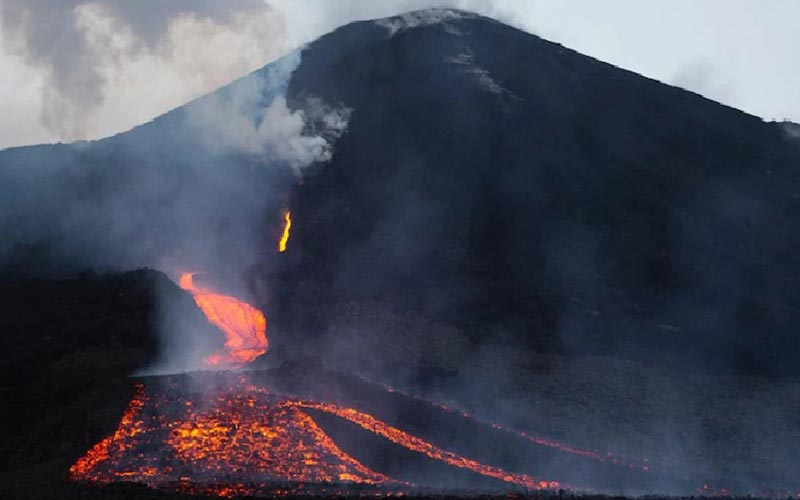 In the evacuation of civilians and United Nations troops from North Kivu's capital Goma, the Indian Army played a critical role, after a volcano erupted in the eastern Democratic Republic of Congo on Saturday, officials familiar with the process said on Sunday.

The brigade of the Indian Army involved in peacekeeping operations in the African nation is headquartered in Goma, and it accounts for the largest deployment of Indian forces on foreign soil, alongside South Sudan.

“The Indian brigade headquarters kept their ground and, in a measured and calm manner, thinned out 70% of the camp's strength and was sent to the Himbi company operating base (COB) for safety. “A minimum force held onto the camp, ensuring no threat to UN and national properties while also protecting the empty aviation base and aviation fuel stored there,” one of the officials quoted above said.

General Bipin Rawat, Chief of Defence Staff, commanded the Indian brigade as a brigadier in 2008-09.

More than 2,300 Indian troops are serving with the UN's most expensive peacekeeping mission in the Congo, a vast (the size of western Europe), dangerous, and notoriously unstable nation formerly known as Zaire. Muhammed Ali, the heavyweight boxing champion, knocked out George Foreman here 46 years ago in a world-famous bout known as "Rumble in the Jungle."

Indian soldiers are working in the Congo under a 15-minute evacuation plan, sandwiched between the Nyiragongo volcano and the exploding Lake Kivu.

The Indian brigade is based near the Goma airfield, which is critical in providing logistics support to UN peacekeepers stationed in eastern Congo. Mount Nyiragongo, which is situated near Goma, exploded on Saturday night, sparking widespread panic in the surrounding communities.

“However, the majority of the lava has flowed towards Rwanda, with only a small stream trickling towards Goma. The UN's internal security system advised various country contingents to be on high alert as a precautionary measure, although evacuation was not necessary. However, the official stated that “the bulk of the country's contingents, including aviation contingents, evacuated immediately.”

The army also created an observation point that provided real-time reports on the lava flow to brigade headquarters, allowing it to relay accurate information to the UN and maintain some semblance of order in the civilian evacuation, he added.

Considerably, the lava flow has slowed. “At this stage, lava flow is unlikely to enter Goma town unless there is a new eruption through fissures.” Intermittent earthquakes of very low intensity are being felt right now.”

The first Indian blue berets (the colour used on UN duty) served in the Congo from 1960 to 1965. Captain G.S. Salaria, an Indian soldier, was awarded the Param Vir Chakra for his contribution to the UN mission. He died in 1961 while attempting to save Katanga province from rebels.