" It is to be known that under the Agneepath scheme, youth in the age group of seventeen and a half to 21 years are to be recruited in the army for four years, out of which 25 percent of the personnel will be further regularized. 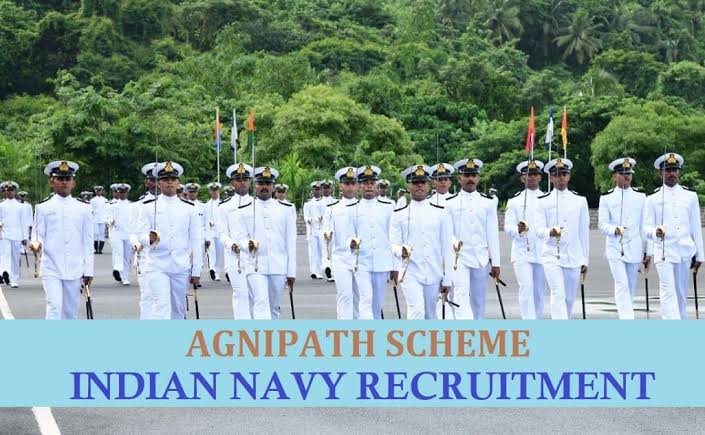 The Indian Navy has received 3.03 lakh applications till Friday under the Agneepath Military Recruitment Scheme. The Ministry of Defense gave this information on Saturday. The Navy had started the recruitment process under this scheme from July 2. A Defense Ministry spokesperson said in a tweet, "As of July 22, 3,03,328 applications have been received for Agniveer in the Indian Navy.

The scheme was announced by the central government on June 14 this year. However, after the announcement of the plan, violent demonstrations started across the country. Angry with the central plan, the youth had created a ruckus on the road and railway stations. Especially Bihar and UP had created a lot of ruckus by the youth. Trains were set on fire at various stations. The railways had to cancel hundreds of trains due to the protest, causing a loss of lakhs.

Apart from the youth, the opposition parties had also criticized the new scheme brought by the Center for army recruitment. Here, amid criticism, the Center directed to announce the dates for applying for recruitment while improving the scheme. After the protests started, the Center increased the recruitment age limit for this year from 21 to 23, as the reinstatement could not be done for the last two years due to the Corona period. Along with giving relaxation in the age limit, the Center announced to give preference to Agniveers in the jobs of Paramilitary Forces and Defense Public Sector. Along with this, many states have also announced to give preference to Agniveers in the job of state police.