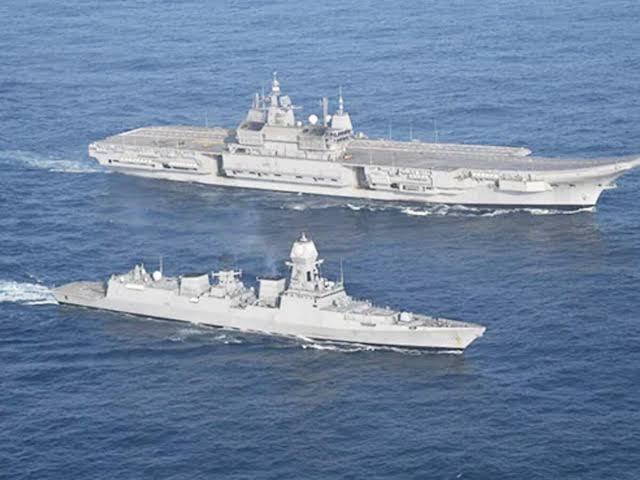 The Indian Navy on Sunday commissioned the third warship 'Taragiri' built under Project 17-A in Mumbai. Mazagon Postal Shipbuilders (MDL) gave this information by issuing a statement. The warship has been built using an integrated construction method, the statement said.

The MDL said, "In compliance with the notification issued by the Ministry of Home Affairs, the Government of India declared a state mourning on September 11 (due to the demise of Queen Elizabeth II), the event was limited to a technical launch. Since this program was dependent on jowar, it was not possible to change the schedule.

The production of 'Taragiri' was started on September 10, 2020 and is expected to be supplied by August 2025. The ship has been launched with an estimated weight of 3,510 tonnes. It has been designed by the Bureau of Naval Design, the in-house design organization of the Indian Navy.

MDL has undertaken the detailed design and construction of the ship, which is also overseen by the Warship Surveillance Team (Mumbai). The total value of Project 17A is about Rs 25,700 crore, the statement said. The first ship of Project 17A, 'Nilgiri', was launched on September 28, 2019 and is expected to undergo sea trials in the first half of the year 2024.