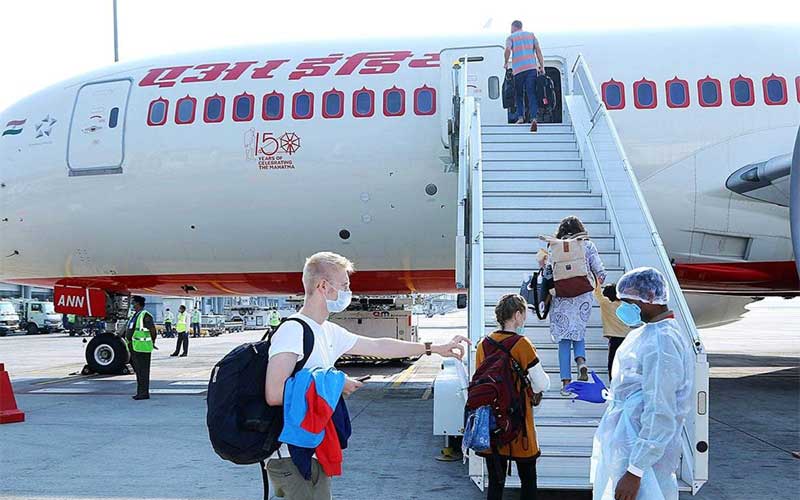 According to aviation industry sources, Hong Kong has cancelled all flights connecting it with India from April 20th up until May 3rd due to an increase in Covid-19 cases in India.

For the same abovementioned time, the Hong Kong government has also suspended flights to and from the Philippines and Pakistan, according to the same source.

The decision also applies to passengers who have spent more than two hours in these three countries in transit for a flight to Hong Kong, they are also barred from entering for 14 days, according to a statement released by the Hong Kong government.

The Hong Kong government informed in a statement, “With confirmed cases involving the N501Y mutant strain detected for the first time in the community in Hong Kong, for prudence’s sake, the Government has applied the criteria of the newly implemented place-specific flight suspension mechanism retrospectively for 14 days on places where there had been imported cases confirmed by arrival tests that carried the N501Y mutant strain. India, Pakistan, and the Philippines all had seven-day cumulative number of relevant cases that reached the relevant criteria in the past 14 days, and the Government will therefore invoke the place-specific flight suspension mechanism for these three places.”

As per health and safety regulations, all passengers travelling to Hong Kong must have a COVID-negative RTPCR result from a test taken 72 hours prior to departure.

Earlier on Sunday, the Hong Kong government declared that all Vistara flights between Mumbai and Hong Kong will be suspended until May 2nd. This decision was made after three passengers on a Vistara flight from Mumbai to Hong Kong tested positive for COVID-19 upon arrival.

A total of 47 passengers on Vistara's April 4th Delhi to Hong Kong flight had tested positive for COVID-19 in Hong Kong as of Sunday. Vistara's flights between Delhi and Hong Kong were previously barred from April 6th to April 19th.

The Hong Kong government has made the announcement regarding flight cancellation to and from India after a total of 50 passengers on two of Vistara flights tested positive for COVID-19 upon arrival this month.