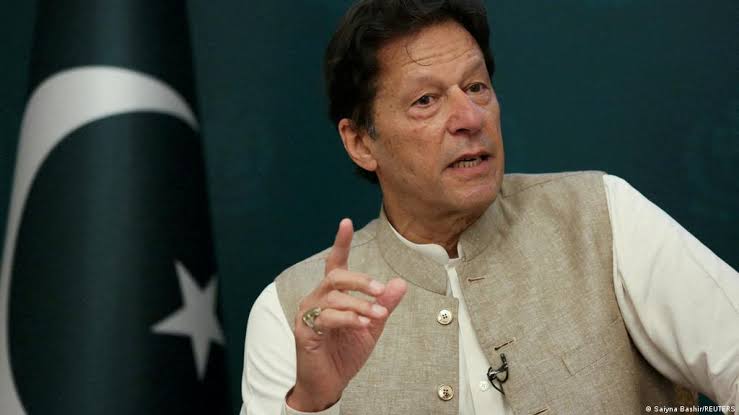 Former Pakistan PM Imran Khan keeps praising India and accusing the Shahbaz Sharif government of his country. In the latest case, Imran Khan has openly praised the Foreign Minister of India in his rallies. Even before this, when the power was going out of hand, he had become a fan of India's foreign policy by praising India. He has also compared India's progress and Pakistan's plight many times and put the Shahbaz government in the dock. Once again Imran tied the praises of India in front of millions of people. At a rally on Saturday, he showed a video of India's External Affairs Minister S Jaishankar saying, 'This is a free country'. Imran is constantly blaming the Shahbaz government and talking about overthrowing his ralli government and holding elections. In his rally, he termed the Shahbaz government as 'imported government'.

In a video shared on Twitter, Imran Khan said, 'Now I want to show you the foreign ministers of two countries. First, the Foreign Minister of India (USA) ordered that you should not buy oil from Russia. Listen carefully, India is America's strategic ally. We have no alliance with America. When America asked India not to buy oil from Russia, see what their foreign minister said.

Khan S played a video of Jaishankar. It can be understood that when Jaishankar was asked during his Europe visit, 'Are you investing money in this war for the interest of the country?' Jaishankar replied, 'Isn't buying gas from Russia investing money in war? Why is India's money and funding for the oil war coming to India, not the gas going to Europe? If Europe, Western countries and US are so worried then why they do not allow Iranian and Venezuelan oil to enter the market.

After the end of the video, Imran Khan explained this conversation of the External Affairs Minister in more detail during the rally. While attacking the Shahbaz government, Imran again said that we had talked about buying cheap oil from Russia, but this imported government did not dare.