The officials told me there was no damage to Indian defenses and infrastructure. 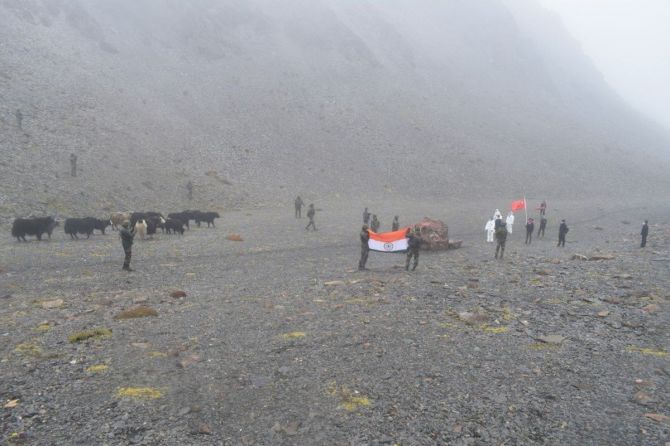 Before the next round of Corps Commander level talks between India and China, which are supposed to take place in eastern Ladakh, there was a slight altercation between Indian and Chinese troops in the eastern sector of the India-China boundary. The sources mentioned that patrol parties of both the countries came face to face in Arunachal Pradesh which led to some jostling before they were removed.

The incident took place last week near Yangtse in the Tawang sector. Sources in the defense establishment told the Chinese had come in sizeable strength and came in front with an Indian patrolling unit. Sources said that both the side undertake patrolling activities up to their line of perception and whenever patrols of both sides physically meet, the situation is however managed according to established protocols and mechanisms agreed by both the sides.

The government officials underplayed the incident and told the Tawang sector is prone to incidents like these but this time an engagement between the two sides has happened after a long time. The same incident took place in 2016 as well.