Jayaraman had recorded the incident on his phone which lasted for more than eight minutes. The accused called Jayaraman a "disgusting Hindu" and a "disgusting dog". 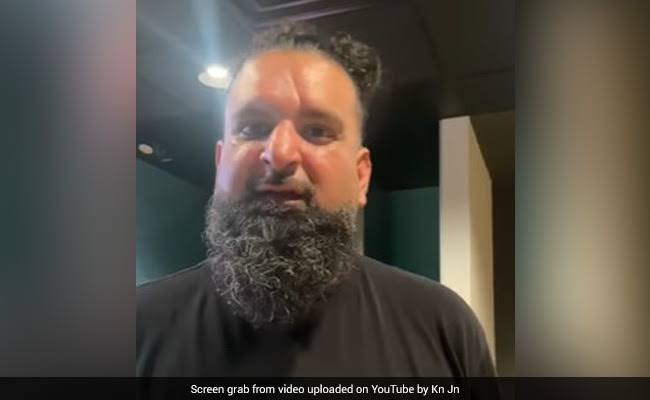 An Indian-American faced racial abuse from his own countryman in California. The accused called his compatriots a "disgusting Hindu" and a "disgusting dog". The incident comes days after a hate crime incident against four Indian-American women in Texas took place. According to the news of 'NBC News', 37-year-old Singh Tejinder misbehaved with Krishnan Jayaraman on August 21 at Grimmer Boulevard in Fremont, California.

The Fremont Police Department said Tejinder, a resident of Union City, was charged Monday with civil rights violations, assault and breach of the peace. Jayaraman had recorded the incident on his phone which lasted for more than eight minutes. The accused called Jayaraman a "disgusting Hindu" and a "disgusting dog".

Jayaraman said he was horrified by the incident and later became even more upset to learn that the perpetrator was also an Indian. He told NBC Bay Area that he and a restaurant employee called the Fremont police. They say that the man kept shouting for more than eight minutes. Fremont police are still investigating the incident. Later, the police chief addressed the community on social media.

Police Chief Sean Washington said, "We take hate crimes and hate crimes seriously, and understand their significant impact on our community. These incidents are disgusting. We are here to protect all community members, regardless of their gender, race, religion and nationality. She was racially abused and assaulted, and she said she was "ruining" America and that she should "go back to India". The incident shook the Indian-American community across the country.