On the last day of the airshow, the Tejas and Surya Kiran aircraft of the Indian Air Force were in full swing 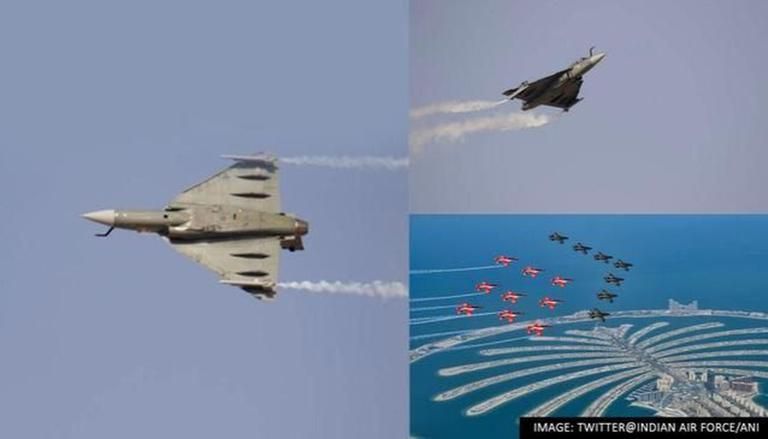 The ongoing airshow in Dubai for the last 5 days ended on Thursday. On the last day of the airshow, the Tejas and Surya Kiran aircraft of the Indian Air Force were in full swing. Surya Kiran Aerobatics Team along with Al Fursan Display Team from UAE conducted the flypast. This air show in Dubai is organized every 2 years.

People watching the air show were stunned when the Indian Air Force's Surya Kiran aircraft showed its flair with the UAE's Al Fursan team. The Dubai Air Show was started in 1989. This time it was attended by civil and military delegations from more than 140 countries.

9 Hawk 132s of Suryakiran team flew together with 7 Ermachi MB-339s of Al Fursan over Burj Khalifa, Palm Jumeirah and Burj Al Arab in Dubai.This was the fourth flight of Tejas aircraft outside India. Tejas has also participated in Sri Lanka, Bahrain and Malaysia Aero Expo in the past. India's Light Combat Aircraft Tejas has participated for the first time in the Dubai Air Show. After the arrival of the Rafale fighter aircraft, the strength of the Indian Air Force has increased.