England Fast Bowler Stuart Broad is out of series after tearing his right calf muscle, James Anderson is also doubtful. India may play R Ashwin because Shardul Thakur has picked up a hamstring injury in the left leg 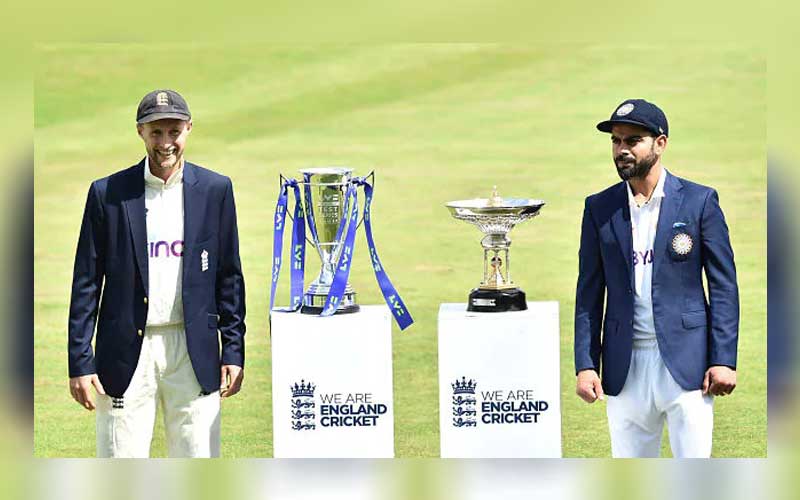 New Delhi: India and England will enter in the second Test Match at Lord's on Thursday, with a feeling that they would have won the first Test match at Nottingham. On the last day of the first Test, India needed 157 runs and England was looking to take the remaining nine India wickets for the win, but rain played spoilsport and no play was possible. Both teams must be thinking that they have been deprived of a well-deserved lead of  1-0. This is a long series of five Test matches and the second match will be very crucial as both are facing injury problems. England fast bowler Stuart Broad is out of series after tearing his right calf muscle.

Broad underwent an MRI scan in London on Wednesday, which revealed the tear, suffered when he appeared to slip during a light warm-up jog ahead of training at Lord's on the previous day.  and Indian fast bowler Shardul Thakur has also picked up an injury in his left hamstring and will not be available for the selection. It has to be seen whether Virat Kohli includes second spinner R Ashwin or will go for a fast bowler and play Ishant Sharma or Umesh Yadav. Conditions here at Lords are warm and dry so batsmen of both teams would enjoy and spinners can play an important role so Ashwin has a good chance of playing tomorrow. India’s big worry is the failure of Virat Kohli, Cheteshwar Pujara and Ajinkya Rahane in the middle order.It seems that Mayank Agarwal has recovered from a head injury, and batted in the nets. Mayank has very remote chances of playing tomorrow as K L Rahul batted with guts as an opener and scored valuable 84 and 26 runs in the first test.

Broad faces a wait to play his 150th Test after his injury, with Mark Wood set to replace him for his first Test of the summer. Saqib Mahmood, drafted into the squad as cover, could yet make a surprise debut after Anderson missed training due to his tight quad. He was impressed in the white-ball series against Pakistan and looks set to compete with Craig Overton for the final place in the XI. Ali should slot straight in for his first home Test in two years after his impressive form in the Hundred and is likely to bat at No. 7 with England retaining Sam Curran at No. 8 in a four-man pace attack. the good news for England is that captain Joe Root is in great form with a century in the first test.