Coincidentally August 5 also marks the second anniversary of the Article 370 abrogation and the division of Jammu and Kashmir into two Union Territories, which Iran had strongly opposed. 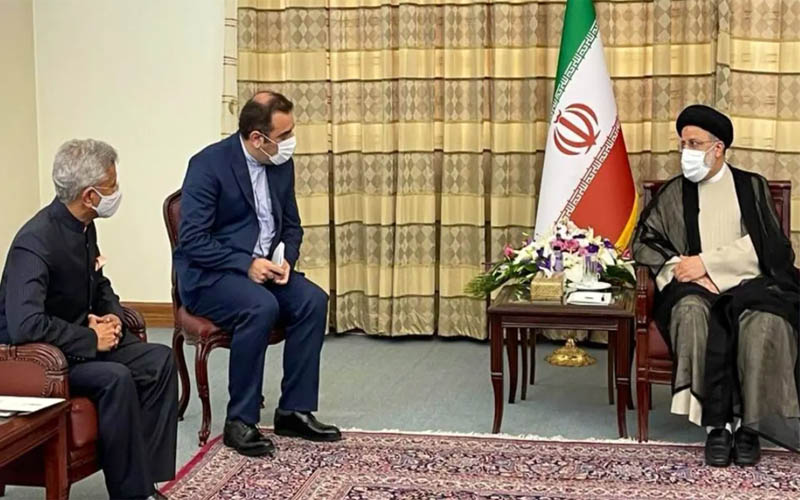 India has accepted Iran's invitation to President-elect Ebrahim Raisi's inauguration ceremony. Raisi invited during a meeting with India's External Affairs Minister S Jaishankar on Wednesday, while the latter was in Tehran for a brief layover on his route to Russia on a three-day visit.

President-elect Ebrahim Raisi has met the first foreign dignitary, S Jaishankar. Raisi was "quite cordial" in his first meeting with External Affairs Minister S Jaishankar, who stopped in Tehran on his way to Russia on Wednesday and was one of the first foreign dignitaries to call on the president-elect, according to sources. Jaishankar also delivered a personal message from Prime minister Modi

Ebrahim Raisi, a hardline cleric allied to Iran's Supreme Leader Ayatollah Ali Khameini, was elected president after receiving 61.95 percent of the vote in presidential elections clouded by accusations of not being "free and fair."

Jaishankar met with his Iranian counterpart, Javad Zarif, to discuss a variety of problems, including bilateral connectivity, the Chabahar Port, and the situation in Afghanistan. India's interests in the region, as well as its support for efforts to maintain peace, security, and stability, were emphasized by EAM Jaishankar.

“The two sides exchanged views on regional and global issues of mutual interest. They also discussed the evolving situation in Afghanistan and expressed concerns over the deteriorating security there. Both sides also discussed joint connectivity initiatives in the region including the International North-South Transport Corridor (INSTC) and Chabahar Port,” said the MEA spokesperson.

India is one of the few countries invited to the ceremony, though a decision on who will represent India at the oath-taking ceremony in Tehran has yet to be made.