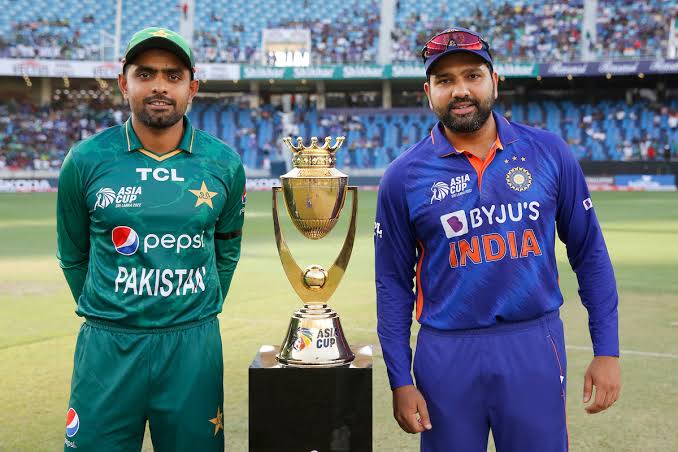 In the Super-4 match of the Asia Cup 2022, the match between India and Pakistan was played at the Dubai International Cricket Stadium. In this match, Pakistan captain Babar Azam won the toss and decided to bowl first. Hardik Pandya made a comeback in the Indian playing XI along with Deepak Hooda and Ravi Bishnoi also got a chance.

Batting in the first innings, Virat Kohli scored 181 runs for the loss of 7 wickets in 20 overs on the basis of Virat Kohli's half-century and set Pakistan a target of 182 runs to win. In response to this, the Pakistan team gave Mr. Rizwan scored 182 for 5 in 19.5 overs and won the match by 5 wickets. With this win, Pakistan earned two points. This was Rohit Sharma's first defeat as captain in the Asia Cup. Prior to this, he had won 7 consecutive matches as captain in the Asia Cup.

Virat Kohli completed his fifty in 36 balls and this was his second consecutive fifty in the Asia Cup 2022. He scored 60 runs in 44 balls with the help of one six and four fours. Hardik Pandya made a comeback in the Indian playing XI while Deepak Hooda and Ravi Bishnoi have been included in the team. While Dinesh Karthik was dropped from the playing XI, Rishabh Pant was given a chance in his place.