The Indian team will take the field in Ahmedabad with a new zeal to defeat England in the third test match as well. 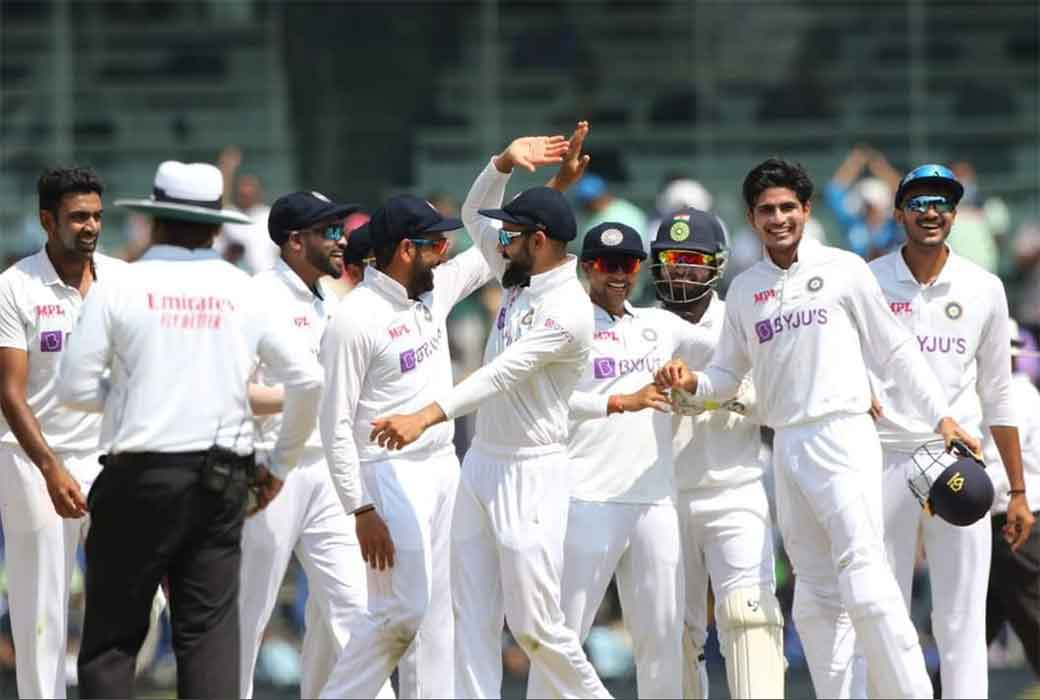 Soon after India defeated England by 317 runs in the second test match at Chennai, skipper Virat Kohli posted on Twitter, “Superb character and fighting spirit on display. Well done boys. The focus is now on the next one.”

The third test match is scheduled to be held in Ahmedabad at the Gujarat Cricket Association’s stadium.

Situated at Motera, it is the biggest cricket stadium in the world which is opening for test matches after a gap of six years.

Team India’s focus is now to plan its strategy to defeat England in the rest of the two matches and win the series.

The way India has made a comeback in the second test after losing miserably to England in the first one shows the team’s indomitable spirit and wonderful performance.

Former cricketers like Sunil Gavaskar and others have heaped praise on the team India for its brilliant performance.

Ravichandran Ashwin emerged as a key player who not only scored a century (106) in the second inning but also took eight wickets in the test match.

This was the third occasion in his cricketing career that he has hit a century and taken 5-wickets in the same match.

Other key players were Rohit Sharma who hit 161 in the first innings and Axar Patel who has made a debut in the test match and took 7 wickets including a 5-wicket haul in the second inning.

India’s first and second Innings scores were 329 and 286 whereas England’s scores in the two innings were 134 and 164.

The Board of Control for Cricket in India (BCCI), the governing body for cricket, tweeted, “Thank you Chennai.”