Mohammed Yusuf Khan had the distinction of being conferred the Nishan-e-Imtiaz and Padma Vibhushan, apart from Dada Saheb Phalke Award 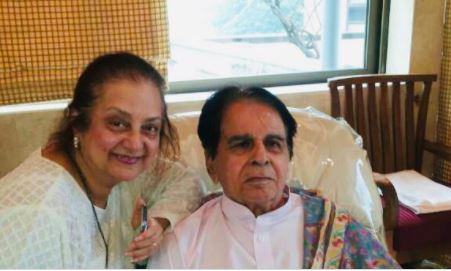 India lost one of her favourite children, today. The Bollywood star Dilip Kumar aka Mohammed Yusuf Khan, at 98, breathed his last in Mumbai in the morning.

Dilip Kumar aka Mohammed Yusuf Khan who had earned many sobriquets including ‘Tragedy King’, ‘The First Khan’ and ‘King Khan’, is survived by his wife Saira Banu, who was by his beadside when he breathed his last.

The doctors at Hinduja Hospital where Dilip Kumar was admitted following complaints of ‘breathlessness’ said that he breathed his last at 7:30 am today. Earlier, Dilip Kumar’s blood pressure and haemoglobin levels were falling. He was administered blood transfusion at the hospital, which was quite problematic, since his was a rare O-negative blood group.

Kumar’s official Twitter account also confirmed the news of his death, “With a heavy heart and profound grief, I announce the passing away of our beloved Dilip Saab, few minutes ago. We are from God and to Him we return.”

He will be buried today at 5:00pm at Juhu Qabrastan at Santa Cruz.

Dilip Kumar, a purist, is considered a trendsetter in terms of his acting style. He was considered a master of understatement, and shunned the loud and theatrical elements of acting. Generations of actors in Indian cinema, regardless of language, drew inspirations from him and many will follow him in future too. Kumar was considered as the greatest of actors that India has ever produced. He was active in his acting career for 5 decades and was considered to be an institution in himself.

He acted in 65 movies and some of his best known films are Mughal-e-Azam, Devdas, Gunga Jamuna, Ram Aur Shyam, Naya Daur, Madhumati, Kranti, Vidhaata, Shakti and Mashaal, to name just a few.

Dilip Kumar was born in Peshawar (present day Pakistan) to Ayesha Begum and Lala Ghulam Sarwar Khan. He shared his hometown and his locality with yet another legendary Bollywood actor Raj Kapoor.

He debuted in films with 1944’s Jwar Bhata, on the insistence of Devika Rani, but it was with Jugnu (1947), co-starring Noor Jehan, that he was considered a hit. But soon, after he featured in Andaz (1949) co-starring with Raj Kapoor and Nargis, that he was acclaimed star material.

Dilip Kumar aka Mohammed Yusuf Khan held the distinction of winning the maximum number of awards by an Indian actor according to the Guinness Book of World Records.

He was the first ever actor to win a Filmfare Award in 1954 and went one to win another 7 in The ‘Best Actor’ category. Kumar, shares this distinction of record 8 times jointly with Shah Rukh Khan for most Filmfare trophies. Mohammed Yusuf Khan had the distinction of being conferred the Nishan-e-Imtiaz (the highest civilian Award of Pakistan) and Padma Vibhushan (highest Padma Award to a civilian by the Indian Government), apart from being honoured by the Dada Saheb Phalke Award. Kumar was also the Sheriff of Mumbai and a Rajya Sabha Member.

From the Independence of India to late 2010s, Dilip Kumar sahib held the record of starring in the highest number of box office grossing films (9 films) until his record was broken by Salman Khan by delivering 10 films. If that was not all, Mughal-E-Azam, featuring Dilip Kumar in the main role, had grossed an equivalent of 2000 crores way back in 2015(adjusted for inflation) is the highest-grossing film in Indian history.

Dilip Kumar was last seen in the 1998 film Qila.

Many politicians, celebrities and common citizens are pouring their heart-felt grief. His death will be much felt and the void will be difficult to fill, especially in the Hindi film industry.

The nation bids tearful adieu to the actor par excellence and TNB expresses deepest condolences to the bereaved family.