According to DRDO sources, India successfully tested its new generation nuclear-capable Agni Prime missile from a defence post off the coast of Odisha on Monday. 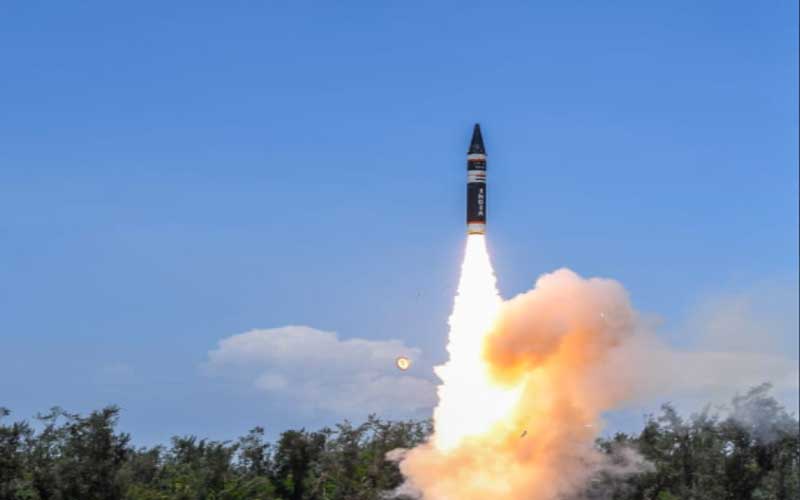 On Monday morning, India successfully test-fired the Agni Prime ballistic missile, a more advanced version of the Agni class of missiles, from a location off the coast of Odisha.

The successful test, which began at 10.55 a.m., was a "textbook launch," according to a statement from the Defence Research and Development Organisation, or DRDO. It took place at a testing facility on Dr. APJ Abdul Kalam island, about 150 kilometers east of Bhubaneswar.

According to sources, the Agni Prime missile is a next-generation, nuclear-capable weapon composed entirely of composite materials. They described it as a rasterized missile with a range of 1,000-2,000 kilometers.

"Various telemetry and radar stations positioned along the eastern coast tracked and monitored the missile. It followed textbook trajectory... meeting all mission objectives with a high level of accuracy," the DRDO statement said.

The DRDO successfully test-fired an extended range version of the indigenously developed 'Pinaka' rocket from the Integrated Test Range in Chandipur, Odisha, two days ago.

A total of 25 'improved pinaka' rockets were fired in rapid succession from a Multi-Barrel Rocket Launcher (MBRL) towards targets at various ranges.

Indian scientists are currently working on developing their own missiles in India, rather than relying on foreign countries, as part of the Make in India drive. Many of these missiles are currently sought for on the international market. Many countries throughout the world are now interested in purchasing Indian missiles. The majority of the missiles are built using local skills and knowledge.