India successfully test-fired Agni-4 missile, can destroy any city of China and Pakistan in 20 minutes

This missile, 20 meters long, one and a half meters wide and weighing 17 tons, has the capacity to carry explosives up to 1000 kg. 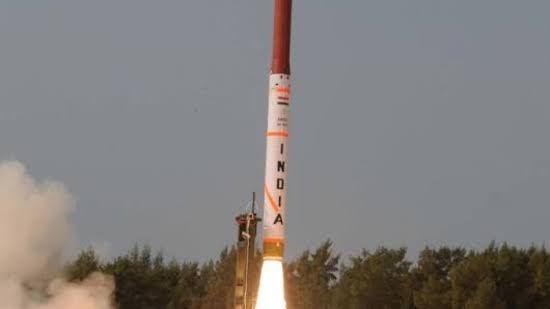 A nuclear-capable medium-range ballistic missile Agni-4 was successfully test-fired on Monday. This missile, capable of striking up to four thousand kilometers, strikes the ground from the ground. In this way, this missile can destroy any city of China and Pakistan in just 20 minutes.

On Monday, it was released through the mobile launcher. The first test of this missile was done on December 11, 2010. A team of senior scientists and officials of Defense Research and Development Organization (DRDO) was present during the missile test from LC-4 off Abdul Kalam Island located in Chandipur, Odisha on Monday evening. This missile has been successfully test-fired several times in the morning, afternoon, evening and night.

This missile has been successful in destroying its target in all weather. On the successful test of this indigenously developed missile, DRDO scientists said that the precise control system of the missile has consistently proved the capability of Indian technology.

Agni-4 missile is equipped with state-of-the-art missile technologies. It has fifth generation computers. Its state-of-the-art features are also capable of self-correcting and directing the faults encountered during flight. The indigenously developed Ring Laser gyro and composite rocket motor further enhance its capability. It is capable of destroying even the smallest target at a height of one and a half meters.