India should be at war against the pandemic unitedly

As the COVID-19 numbers go up at an alarming pace in the second wave of the pandemic, we must look for solutions, some from last year and some new ones that address recent concerns. 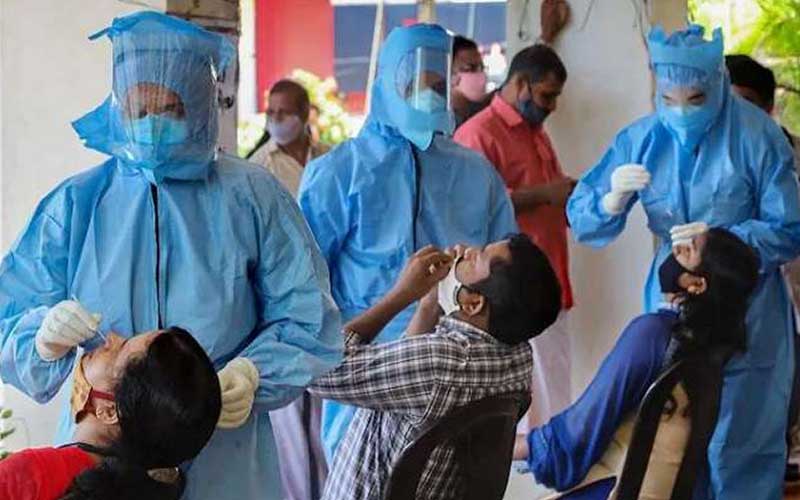 The alarming rise of Covid-19 cases is unabated due to which thousands of people are dying every day. The Central and the state governments have failed to fulfill the promise of providing a robust health care system to save the untimely death of people. Lack of adequate health infrastructure to cope with the challenge of ensuring universal vaccination, inability to meet shortages of oxygen and other necessary medicines like remedesivir as well as supporting medical staff are largely responsible for the chaos that nation faces today.

“The Prime Minister has to keep the larger interest of the country in mind and he is best suited to recommend a course of action which he has done,” says Seyed Ehtesham Hasnain, Ex-Vice Chancellor, Jamia Hamdard and an eminent immunologist who was Member (2004-14), Scientific Advisory Council to the Prime Minister of India.

According to M.M Ansari, former UGC member, CIC and interlocutor on Jammu and Kashmir, “The five-point advise of Dr Manmohan Singh to addresses the core issues of fastening the process of vaccination and augmenting supplies of oxygen must be taken in right spirit, as Dr Singh’s suggestion emanate from his observed lapses in governance of health sector. As saving lives of citizens is critical, Dr Singh has rightly suggested that huge requirements of vaccines and remdesivir must be urgently met from domestic and external sources, for which necessary policy and financial support may be provided by the Central government. Dr Singh has also commented on inconsistency in policy pronouncements and lack of sharing of relevant data on aspects of Covid-19.”

On the role of the government in tackling the pandemic, Ansari said, “There are quantitative and qualitative gaps in what the Modi’s government claims to have done and achieved in tackling the Pandemic. He therefore suggests transparency in such matters to effectively plan and expeditiously provide health services to save lives. Recently, High Court of Gujarat has commented on unreliability of relevant data disseminated by the government. Dr Singh has moreover suggested that the states be given greater autonomy and authority to address health care issues that widely differ across the states.”

On the response of the government on the suggestions made by the former Prime Minister, he said, ‘‘Unfortunately, the Central government has not appreciated these suggestions and has tried to give a political colour, which is unwarranted. It is more than one year since the spreading of Corona infections throughout the country, resulting in loss of lakhs of life which is still rising. Yet, the preparedness of health system to respond to health care needs is abysmal as evident from the nation-wide human death crisis as faced today.”

Dr Johnrose Austin Jayalal, National President of the Indian Medical Association (IMA) said,” We fully agree with the suggestions made by the honourable former Prime Minister Manmohan Singhji. Government has infact responded to that and as per the request of the Indian Medical Association and various other people they have opened up the posibility of vaccination to all the people in our country. They have also approved the vaccination from Russia the Sputnik and the process of the approval for other vaccination is also on the anvil. The government has also talked with the United States and got the permission to import the raw material nessesery for the vaccination.”.

IMA President added: The vaccine production is also augumented. More so they have given a federal strucure and they have given the power to the state to decide on how much vaccine they need and to decide on that. The suggestions made by the former prime minister have been taken in the positive sense.What we suggest that 90 percent should be with the states and 10 percent with the center. Now the government has made that 50 percent vaccine supply should be with the states and the rest has to come to the open market and it is also a welcome move. We can definitely give 50 percent in the open market and we have the people to take them. Aper from this the issue of Remedisivier is there and the government has positively responded by stopping the export and by reducing the import duty. With this more and more Remdisisvie rcan be imported. Similarly the production capcity not only from 8 lakh to 40 lakh production capacity from 15 lakh pharmaceuticals has been enhanced and that will also be availabe within 3to 4 days.

“The second most problem is the availability of oxygen and every where the country is facing an acute shortage.The maximum production is 70 thousand metric tonnes of which two third has gone to the Industry sector and only one third to the hospital sector. The government has passed an order that the diversion of oxygen to the Industrial sector has totally stopped. The government has given a call for global tender for importing 50 thousand metric tonnes oxygen. Wthin 2 to three days it will be finalsied and oxygen will be imported, said Jayalal.

On the nature of the pandemic and the way forward, Dr. M. Wasim Ghori, Mumbai-based UK Alumni, Physician & Diabetologist said, "While ensuring that health systems have sufficient capacity to care for surges will remain important, it is imperative that large numbers of people are vaccinated at the earliest opportunity. This will be the key to returning life and economic activity to normal and towards preventing the emergence of future waves”.

He further said, “The 1918 Bombay Influenza / Spanish Flu pandemic affected poor people far more severely than it affected wealthier people. The same pattern is increasingly visible during the Covid-19 pandemic. Therefore, policies to mitigate the impacts of the pandemic and to bring it under control should focus heavily on ensuring that the more vulnerable sections of society have as ready access to vaccination, health education and health care as wealthier sections of society”.

Predicting more future waves, given that India is evidently still far away from reaching herd immunity, Dr. Ghori, a Fellow of the prestigious Royal Society of Public Health, UK said, “With new variants on the rise, what India needs the most right now is an effective strain surveillance system and data analysis as there is limited information on the number of variant infections, reinfections or infections post-vaccination. Thus, faster genome sequencing to fully understand the mutant variants and how they behave is absolutely essential to strengthen our Covid combat strategy”.

“As the COVID-19 numbers go up at an alarming pace in the second wave of the pandemic, we must look for solutions, some from last year and some new ones that address recent concerns. This phase is increasingly getting characterized by a larger number of younger people contracting the infection and a significant increase in cases in rural India. The virus itself seems to have mutated and there are various estimates on the number of mutant varieties on the prowl. The World Health Organization (WHO) has urged all countries to increase the sequencing of the COVID-19 virus and share information with the rest, so that the picture gets clearer on how the virus is mutating, said Amir Ullah Khan, development Economist and former advisor to the Bill and Melinda Gates Foundation

Khan added, “This week, the number of COVID-19 cases crossed 3 lakh a day-mark for the first time; and we must now get worried. Not only do we have more daily cases than ever, but we also find the virus moving to states that were spared last year during the first wave. The increase in cases in Uttar Pradesh and Chhattisgarh is ominous, and if this trend continues, we have a battle on our hands in tackling the pandemic in areas that suffer from extremely poor health infrastructure.”

On the vaccination drive, he said, “It is mass vaccination that we need to take up. The 24 hour availability of vaccination facilities is a great step in this direction. We should quickly lift all age restrictions and allow everyone who comes forward to take the two doses of the vaccine. More vaccines should be released in the market and the ones whose release is stuck because of delays in granting approvals should be taken up quickly. The corporate sector and the NGO must be empowered to help the young and vulnerable population get vaccinated quickly”