As the corona cases is rising the highest covid patient found in Maharashtra continues to be the worst-affected state as it reported nearly 63,000 new cases on Friday 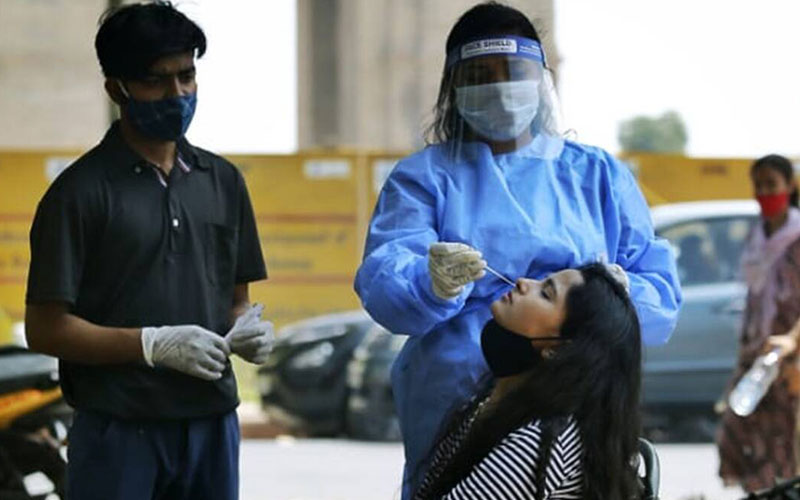 Asthe many cases of corona found 4,01,993 case in one day more people tested positive for covid -19 in the last 24 hours, taking the cumulative caseload to 1,91,64,969, said the Union health ministry on Saturday.

This is the highest number of new infections ever recorded in a day across the globe. India had crossed the grim milestone of reporting over 3 lakh new cases on 21 April.

The central government on Friday expressed concern that many states are not only recording a higher peak of coronavirus cases than in September last year but also seeing a high growth trajectory.

Among the states are Karnataka, Kerala, West Bengal, Tamil Nadu, Goa and Odisha.

AIIMS Director Randeep Guleria said that in the second wave of the pandemic, the rate of the rise in infection has been rapid which has put immense strain on health infrastructure for some time.

"Also, doubling of Covid-19 cases has been rapid. That should ease if turnover time reduces."

India rolled out the third phase of its inoculation drive on Saturday amid several states flagging concerns of a shortage of vaccines.

Delhi, Odisha, Uttarakhand, West Bengal, Andhra Pradesh, Telangana, Maharashtra and Punjab have said they do not have adequate doses to start vaccinating individuals in the 18-44 age group.

Mumbai launched its vaccination drive in only five hospitals and will administer a total of 20,000 doses over Saturday and Sunday.

With vaccinations stopped in the city for three days due to inadequate supply, only those in the 18-44 age group will be inoculated. Those who are above 45 will be vaccinated whenever new vaccine stocks arrive, said BMC.

Some states announced the third phase of the immunisation drive in selected districts, while some announced vaccination for only those above 35 years of age.

The Supreme court on Friday said the Centre should adopt a national immunisation model for vaccination of all and not leave it to private vaccine manufacturers to decide on its allocation to states.

A bench headed by Justices DY Chandrachud said: "What happens to the marginalised people and SC/ST population living in far-flung areas? Should they be left to the mercy of private vaccine manufacturers and hospitals? They will not be able to pay for the vaccines."

The bench said that the government must think of providing free of cost vaccination to all citizens.

It said that it cannot be left to the private manufacturers to decide how much quantity be given to which state and instead Centre should procure all the vaccines and give them to the states. People should stay at their homes and take all precautions .