In order to boost defence exports a webinar between India and UAE was held on the theme of “Indian Defence Industry Global Outreach for Collaborative Partnership: Webinar and Expo India – UAE Defence Cooperation”. 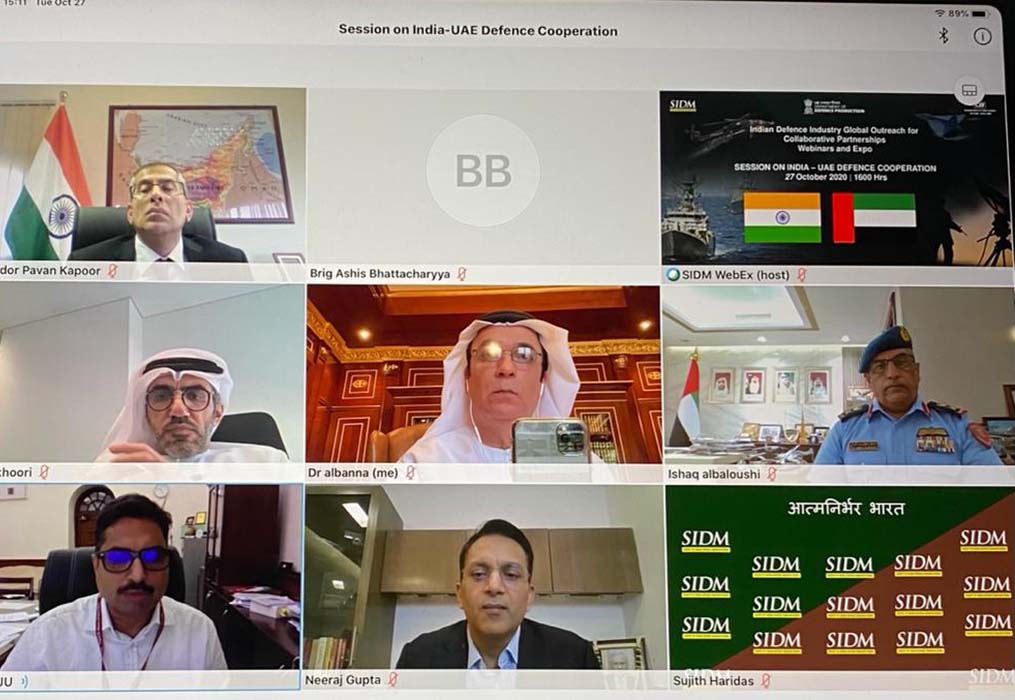 In order to boost defence exports a webinar between India and UAE was held on the theme of “Indian Defence Industry Global Outreach for Collaborative Partnership: Webinar and Expo India – UAE Defence Cooperation”.

It was organized on Tuesday, 27 October 2020 under the aegis of Department of Defence Production, Ministry of Defence, MoD, through the Society of Indian Defence Manufacturers, SIDM.

Ambassadors and senior MoD officials from both sides participated in the webinar and spoke about deep-rooted relations between the two countries. Both sides agreed to take up cooperation in defence further through joint production and mutual trade which could be a win-win proposition for both the countries.

Sanjay Jaju, JS (DIP) said that as part of the Atma Nirbhar Bharat Abhiyaan, we are not advocating protectionism. “On the contrary, we are emphasizing on openness and inter-linkages so that our companies could become a part of the global supply chains and foreign companies could have a role in Indian defence manufacturing ecosystem.”

This webinar was part of the series of webinars which are being organized with friendly foreign countries in order to boost defence exports and to achieve defence export target of $5 Billion in the next five years.

The webinar was attended by more than 180 participants and more than 100 virtual exhibition stalls were set up in the Expo.