We have been informed that the body has been handed over by the Taliban to the ICRC. We are actively facilitating the return of the body, the Indian government source informed. 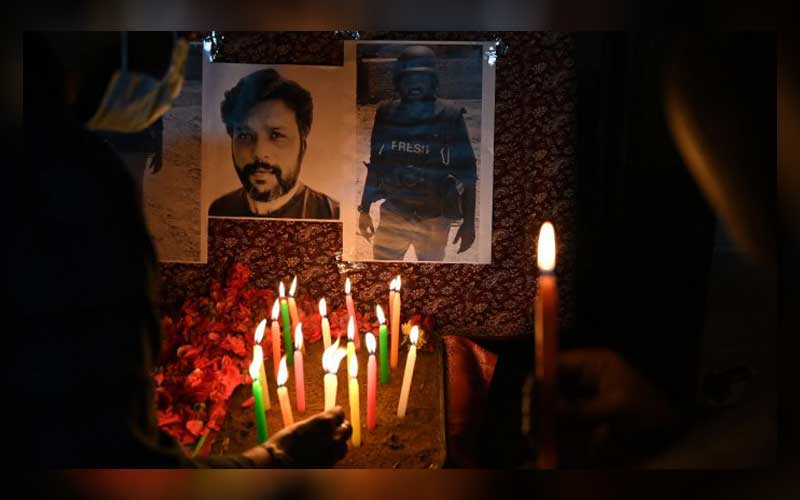 The body of Pulitzer Prize-winning Indian photojournalist Danish Siddiqui, killed in Kandahar in Afghanistan, has been handed over by the Taliban to the International Committee of the Red Cross (ICRC), sources said on Friday.

"I extend our sincerest condolences to his bereaved family,” Foreign Secretary Harsh Vardhan Shringla said while speaking at the UN Security Council briefing on ‘Protection of Civilians in Armed Conflict: Preserving Humanitarian Space’.

Indian Embassy in Kabul is in touch with Afghan authorities to bring back the mortal remains of Danish Siddiqui. We have been informed that the body has been handed over by the Taliban to the ICRC. We are actively facilitating the return of the body," Indian government sources have informed.

According to reports from Kabul, Siddiqui was embedded with Afghan troops who were ambushed by Taliban near the Spin Boldak border crossing. Afghanistan president while expressing condolence to Siddiqui's family said that the journalist who was employed by a foreign organization was killed during capturing Taliban atrocities in Kandahar.

"While I extend my heartfelt condolences to Siddiqui's family and to our media family, I reiterate my government's unwavering commitment to freedom of speech and protection of free media and journalists", he said

Afghanistan's Tolo News reported that Siddiqui was killed during the clashes in Spin Boldak where fierce fighting had been under way for the past few days. Moreover, Afghanistan blames Pakistan for shielding Talibani forces who claim to have control over the border crossing with Pakistan.

Danish Siddiqui started his career as a television news correspondent and later switched to realize his dream of photojournalism. As the news of his death broke out, the entire media fraternity and the nation at large have mourned the loss of the Pulitzer Prize winner.

Meanwhile, Afghanistan has been witnessing a series of terror attacks in the last few weeks as the US continues the process of withdrawing its troops from the country, ending nearly two-decade of its military presence in the country.