Elaborating on the points of agreement, he said that the first point is to follow the political direction and seriously implement the important consensus reached between the leaders of the two countries. The second consensus is to focus on the overall situation and maintain the momentum of bilateral relations. 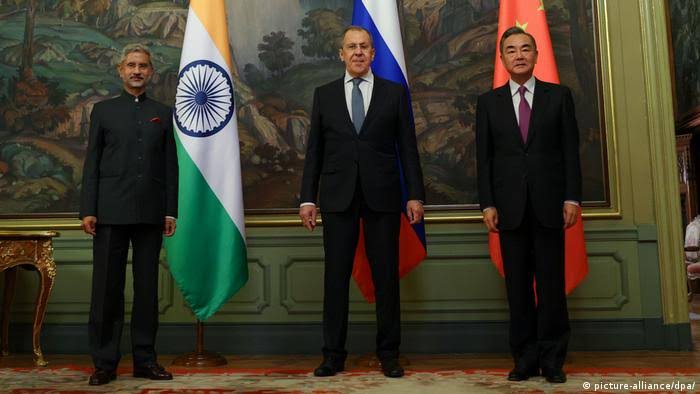 China's military said on Thursday that the recent Corps Commander-level talks with India have reached an agreement on four points, including maintaining the pace of restoration of bilateral ties, effectively managing differences and maintaining border stability. keeping is included. India and China failed to resolve the remaining points of the standoff in the 16th round of talks on 17 July on the ongoing standoff in eastern Ladakh but both sides have agreed to continue the dialogue to reach an acceptable solution at the earliest.

A day after the talks, the two sides reiterated in a joint statement that resolution of pending issues would help in restoring peace along the Line of Actual Control (LAC) in the region and would lead to progress in bilateral ties. Official sources in Delhi said that during the talks, India stressed on the early withdrawal of troops from all points of standoff in the area and restoration of the situation before April 2020. Significantly, the standoff with China started in Eastern Ladakh after April 2020. Commenting on the 16th round of Corps Commander-level talks between India and China, Senior Colonel Wu Qian, Spokesperson of the Ministry of National Defense of China said that the two sides "discussed the issues to move forward on a positive and four-point basis but agreed upon."

Colonel Wu was quoted as saying on the Chinese military's official website 'China Military Online' that the points of the standoff along the Line of Actual Control were discussed in the meeting of the commanders. In the information given to the online media on Thursday, he said that they should reach an agreement on 4 points.

He said the third consensus is to effectively manage and control differences and maintain security and stability in the border area till the issue is resolved. Colonel Wu explained that the fourth agreement was reached on maintaining dialogue between the two sides so that a solution acceptable to both sides could be reached at the earliest. He said at present the situation in the border area between India and China is generally stable and the military and diplomatic level talks between the two countries have never stopped.

On 5 May 2020, a standoff situation arose along the border with Eastern Ladakh after violent clashes in the Pangong Lake area. After this, both the countries gradually increased the deployment of troops and weapons in the area. After several rounds of military and diplomatic-level talks, the two sides withdrew troops last year from the northern and southern banks of Pangong Lake in the Gogra area. At present, 50 to 60 thousand soldiers from both the countries in the sensitive areas of LAC.