India, emerging victorious, promulgated its sheer brilliance after demolishing Thomas Cup royalty, Indonesia, 3-0 in the finals. The Cup is heralded as the ultimate team title in badminton. 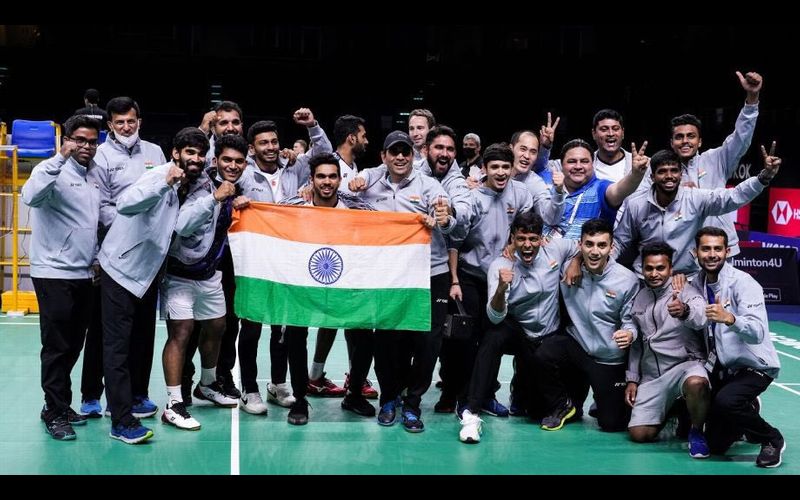 The Indian sportsperson heralded a victorious flag after winning the Thomas Cup, the ultimate team title in badminton, and that too after defeating 14-time Champions in the Thomas Cup. Kidambi Srikanth, Satwiksairaj Rankireddy and Chirag Shetty, Lakshya Sen, and HS Prannoy, the names that are going to be forever embossed in history as the Indian men's badminton team beat Indonesia 3-0 to win their first-ever Thomas Cup trophy.

Congratulations poured in from prominent figures across the country, from Prime Minister Narendra Modi to Virat Kolhi stating Congratulations to the coveted Sports Stars. President Ram Nath Kovind wrote, "Heartiest congratulations to the Indian badminton team for first-ever Thomas Cup victory! The team has created history, setting the highest standards for the future. I have a high appreciation for the skills, resilience & temperament shown by the team. India is proud of the champions."

With this victory, India becomes the sixth different nation to claim the Thomas Cup. Shuttlers receive their gold medals before the team lays hands on the coveted trophy