A BSF jawan was martyred in a fierce encounter with suspected militants of NLFT (National Liberation Front of Tripura) on the Indo-Bangladesh border in Kanchanpur subdivision of North Tripura. 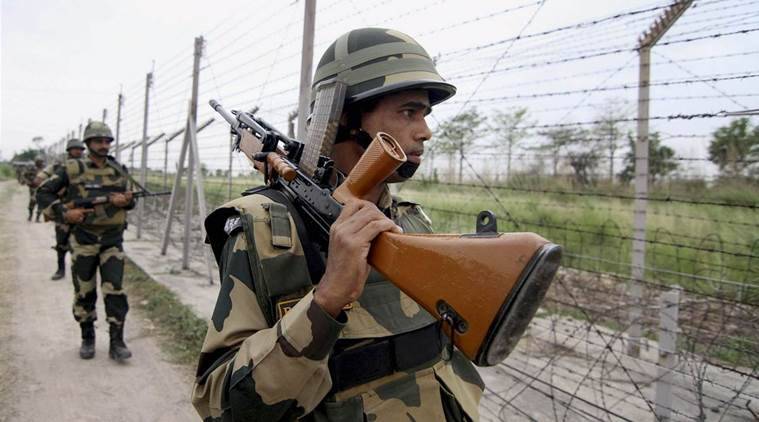 A BSF jawan was martyred in a fierce encounter with suspected militants of NLFT (National Liberation Front of Tripura) on the Indo-Bangladesh border in Kanchanpur subdivision of North Tripura. Giving information about this on Friday, the officials said that the soldier who received Veergati has been identified as Girijesh Kumar of 145th Battalion of BSF. 53-year-old Girijesh was badly injured in the encounter after which he was taken to Agartala for treatment. However, despite all the efforts, he could not be saved.

According to officials, a BSF team was on an operation in Seema-II outpost area of ​​Kanchanpur subdivision when firing started from Bangladesh side. Giving information about the incident, Superintendent of Police Kiran Kumar said, “A group of heavily armed militants opened fire on BSF jawans from Jupui area of ​​Rangamati Hills district of Bangladesh. The jawans retaliated, triggering an encounter between the two sides. A BSF jawan suffered 4 bullets during the encounter. Tripura shares an 856-km-long international border with Bangladesh.

Officials said the NLFT militants fired from Bangladesh area and soon after the ambush, when BSF personnel retaliated, they fled inside the hill forest of the neighboring country. After the incident, security has been increased along the Indo-Bangladesh border and operation has been intensified in the entire area. According to reports, a large contingent of Tripura State Rifles (TSR) led by Inspector General of Police Arindam Nath and senior BSF officials has reached the hilly areas for further action.