The Indian Navy spokesperson explained that the navies of both nations will work to improve and hone their warfighting capabilities in order to show their capacity to work together to promote maritime peace, security and stability 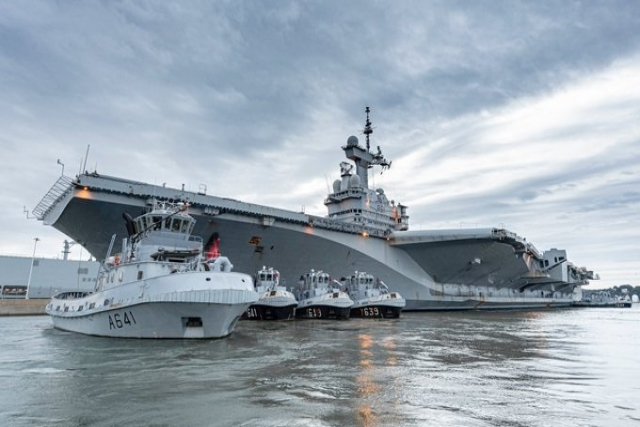 On Sunday, India and France began their yearly "Varuna" joint naval exercise in the western part of the Arabian Sea which is serving as the turf for three days of naval drills.

Indian and French navies as well as navies from the United States, Japan and Australia, earlier in the month, from April 5th to April 7th had taken part in the French-led‘La Pérouse’ exercise in the Bay of Bengal.

The French Embassy released a statement, "The joint exercise comprises various drills across the spectrum of maritime operations, with the goal of fostering interoperability and mutual learning between the two navies and reinforcing their capability for joint action in a strategic area."

The French Navy has sent its nuclear-powered aircraft carrier ‘Charles de Gaulle’, along with its complete carrier strike group, one multi-mission frigate, ‘Provence’, one command and supply ship, ‘Var’ and one air defence destroyer, ‘Chevalier Paul’ to the drill, indicating how significance of this joint exercise.

Indian Navy in its statement said of the naval exercise that it will consist of “high tempo-naval operations at sea, including advanced air defence and anti-submarine exercises, intense fixed and rotary wing flying operations, tactical manoeuvres, surface and anti-air weapon firings, underway replenishment and other maritime security operations”.

The Indian Navy has sent ‘Kolkata’, a guided missile stealth destroyer, ‘Tarkash and Talwar’which are guided missile frigates, ‘Deepak’- a fleet support ship, a Kalvari class submarine and a squadron of P-8I long-range maritime patrol aircraft for participating in the drills.

The Indian Navy spokesperson explained that the navies of both nations will work to improve and hone their warfighting capabilities in order to show their capacity to work together to promote maritime peace, security and stability.

It also tweeted the same on its Twitter handle.

#VARUNA2021 3-day Indo-French bilateral naval exercise from 25 -27 Apr 21.
Units of both navies will endeavour to enhance & hone their skills to demonstrate their ability as an integrated force to promote peace, security & stability in the #maritime domain.@MarineNationalehttps://t.co/CEdxChotRW