In addition to the free trade agreement, discussions for a stand-alone investment security pact will also initiate. 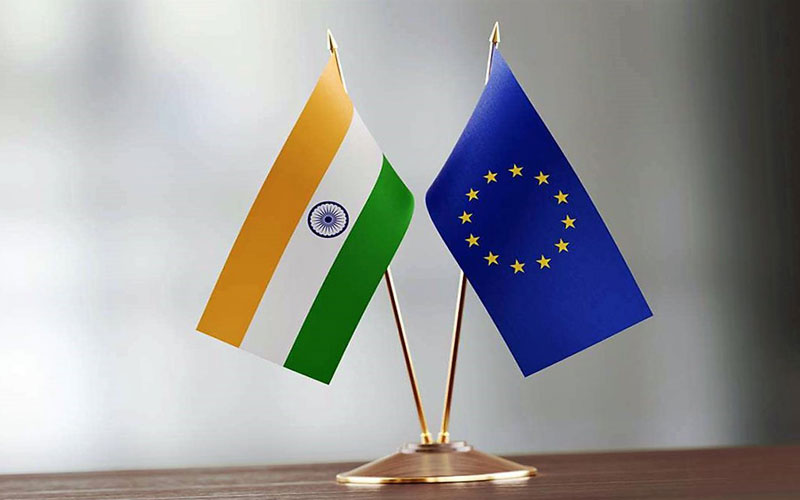 India and the European Union (EU) have agreed to restart talks on a free trade agreement (FTA) after the talks stalled eight years ago, the two sides announced on Saturday, along with the start of negotiations on investment protection and geographical indications.

Decisions were made in this regard at a summit between Prime Minister Narendra Modi and the EU's 27 members, which was held practically due to Covid-19 and was attended by representatives from all of the trading bloc's members.

Further, Prime Minister Modi asked European leaders to back India and South Africa's request for a patent waiver at the World Trade Organization to speed up the development of Covid-19 vaccines.

According to Vikas Swarup, secretary (West), Ministry of External Affairs, India and the EU have agreed to resume talks on a balanced, ambitious, detailed, and mutually beneficial trade agreement.

The decision to restart FTA talks, he said, was the summit's most significant achievement. Since 2013, the FTA talks, which started in 2007, have been stuck in a stalemate over issues such as tariffs, market access, and data protection.

After the summit, commerce and industry minister Piyush Goyal said, "India's interests lie in greater market access in Europe for our goods and services, as well as qualified manpower. Countries are looking for trustworthy trading partners, and I hope our track record reassures our European friends that India will be your most normal and reliable ally, partner, and friend.”

“With production costs in Europe being high but competitive and fair in India, European companies have a great opportunity to manufacture in India. We should work together to build a win-win situation," Goyal said.

India and the EU agreed at the summit to support universal, secure, equal, and affordable access to Covid-19 vaccines, diagnostics, and treatments, as well as the strengthening of health systems, with the Access to Covid-19 Tools Accelerator (ACT-A) playing a key role in this regard.

Last year, when they were facing a surge in Covid-19 cases, all EU leaders at the summit individually thanked India for the medical supplies. They shared their solidarity with the Indian people and pledged to provide whatever assistance they can to aid India in overcoming the pandemic's deadly second wave.

The Prime Minister praised the EU's and its individual member states' swift support and assistance in the war against the pandemic. The two parties agreed to work together on resilient medical supply chains, vaccines, and active pharmaceutical ingredients, as well as the implementation of international good manufacturing practices to ensure product quality and safety.

While the summit's host, Portuguese Prime Minister Antonio Costa, proudly stated his status as an Overseas Citizen of India, Belgium's Prime Minister Alexander De Croo greeted his Indian counterpart in Gujarati, saying "Kem Chho." Emmanuel Macron, the French President, said that India does not need to listen to lectures about vaccine supplies from anyone. "Many countries have benefited from India's humanitarian efforts. We are aware of India's situation" he said.

On the other side, Spanish Prime Minister Pedro Sanchez thanked India for its assistance last year when his country was in the midst of the pandemic's worst time. To give the FTA talks a new lease on life, India and the EU agreed that resolving long-standing market access problems is critical. They also agreed to begin talks on a new agreement on geographical signs, which could be reached separately or merged into the trade agreement, depending on how quickly the talks progress.