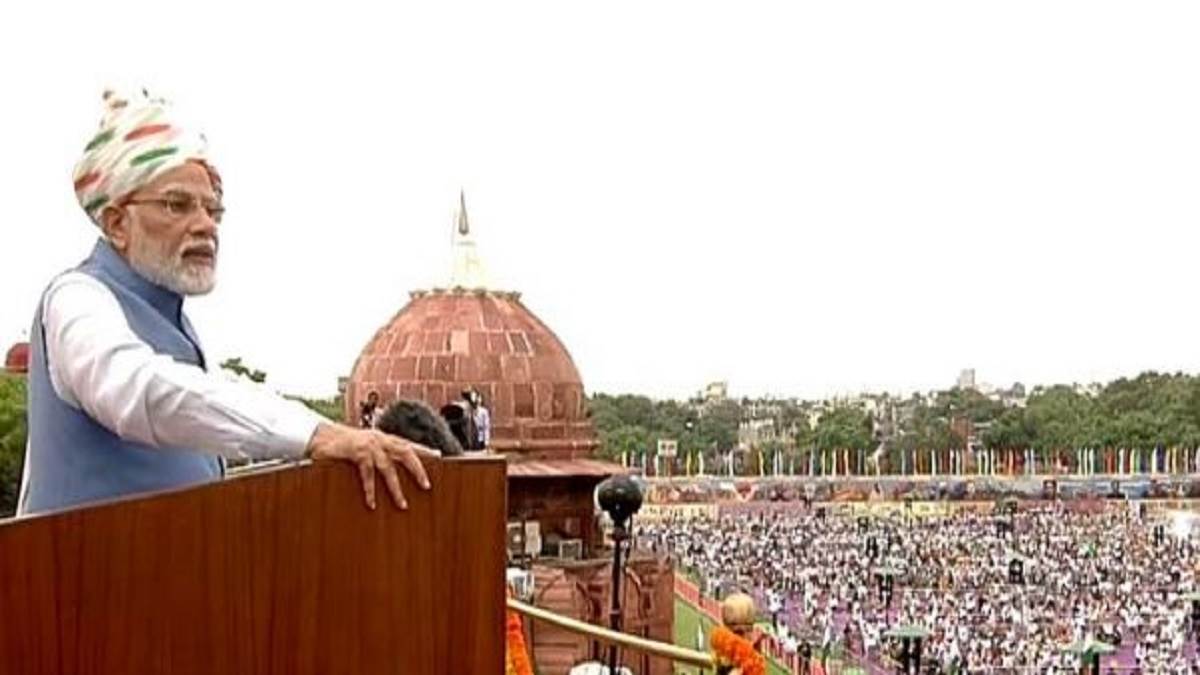 Today on 15th August 2022, India is celebrating 76th Independence Day. On this glorious nation festival, the Prime Minister of the country, Narendra Modi, hoisted the tricolor for the 9th time on the ramparts of the Red Fort. After this, he addressed the country and gave a speech of 1 hour 24 minutes 4 seconds. In the speech, PM Modi gave 5 resolutions to the country and mentioned many other important topics.

In his address, PM Modi said that India had diversity which seemed a burden to others. India's diversity is the priceless power of India. The world did not know that India had power. Sarita is a sacrament. India is the mother of democracy.

In his address, Prime Minister Modi said, 'I was the first person who got a chance to sing the pride of the countrymen from the Red Fort. I have come to know you as much as I have learned from you. I know your happiness and sorrow. I have spent the whole time for those people with him. The dream of Mahatma Gandhi, to benefit the last man, I dedicated myself to fulfill the dream of Mahatma Gandhi.

PM Modi appealed to the youth to take a pledge from now to complete 100 years of independence, that then it will be a developed country. Man will be at the center of development. PM Modi said that when the country will be completing 100 years of independence, then the youth will be 50-55 years old. Along with this, PM Modi also gave five resolutions to the country. In these five resolutions, 1. India will be a developed country in the coming 25 years. 2. There will be no trace of slavery in any corner of the country. 3. The countrymen will be proud of the heritage. 4. Unity and solidarity will be strengthened. 5. Emphasis will be given on civic duties.

PM Modi also attacked the politics of familalism spread in the country. He said, 'When I talk about nepotism, nepotism, then people think I am talking only about the political field. Unfortunately, this evil of politics has nurtured familialism in all the institutions of India. This harms the talent of my country. PM Modi appealed to the youth that I want youth's support in the war against nepotism.