This is the third series being played between India and New Zealand on Indian soil. For the first time in 2012, a home series was played between the two countries. MS 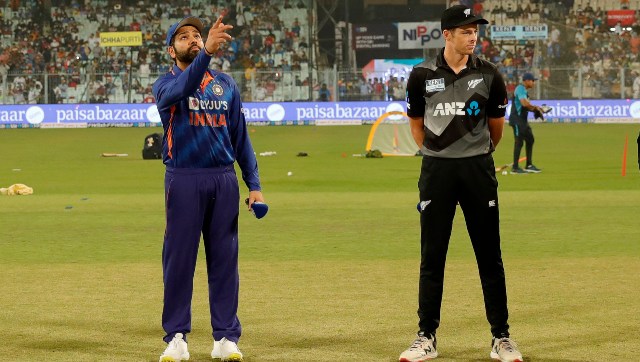 In the last T20 match being played in Kolkata, Team India won the toss against New Zealand and decided to bat first. Captain Rohit Sharma included Ishan Kishan and Yuzvendra Chahal in the playing XI in place of KL Rahul and R Ashwin. At the same time, Lockie Ferguson has been given a chance in place of Tim Southee in NZ's team and today Mitchell Santner is captaining the team.

11 people were arrested near the Eden Gardens stadium for illegally selling tickets ahead of the third T20 match. The police informed about this. He said- 60 match tickets were sold at exorbitant prices which were obtained from those arrested. Senior police officer said – Security has been increased in the stadium and the surrounding area.

In the last two matches, New Zealand has lost against India. If Team India wins this match, then for the first time Rohit and Co. will do a clean sweep on Indian soil against the Kiwi team. Team India has never been able to beat New Zealand like this in India before.

This is the third series being played between India and New Zealand on Indian soil. For the first time in 2012, a home series was played between the two countries. MS Dhoni was the captain of the team at that time and the Kiwi team defeated India 1-0 in the two-match series.